Following Stephen Appiah’s press statement dismissing her accusations of ever having sex with the football star, Abena Korkor has retaliated.

Abena Korkor, who claimed that her sex partners took advantage of her bipolar disease to sleep with her, eventually apologized without reservation.

Just when we thought the dust had cleared on the situation, she’s back with another slanderous article claiming Stephen Appiah’s denial of their sexual encounter isn’t true.

In a new tweet, the notorious social media influencer and former TV3 host encouraged the former Juventus forward to be wary of his management, who are clearly behind the official statement they published on Appiah’s behalf denying he ever slept with her. 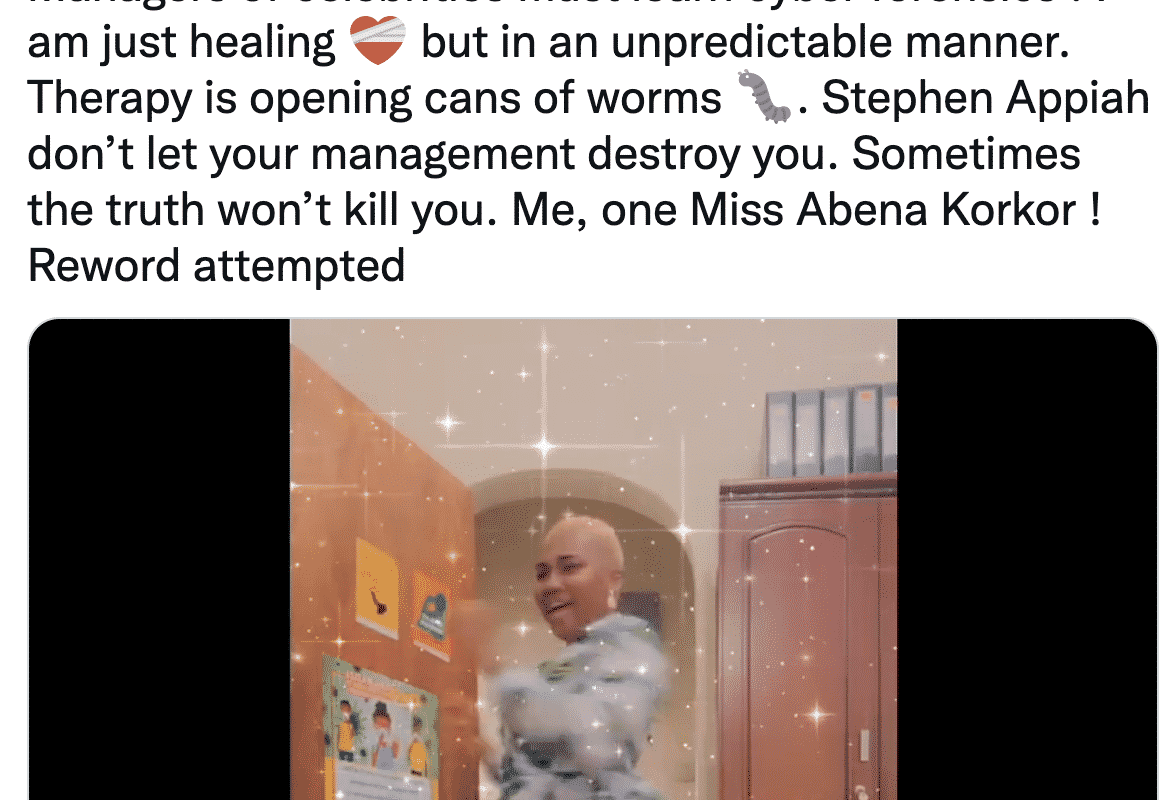 Watch Video: Funny Face releases videos of how his Baby Mama used to beat him