Tina Moses, a young woman from Kaduna State, was kidnapped the day before her wedding.

The woman and her boyfriend, Elisha Koje, were planning to marry on Saturday, April 16 in the state’s Sanga Local Government Area.

Tina was kidnapped on her way to the salon in Kaduna town on Friday, according to her sister-in-law Esther Attah Asheri.

“My sister-in-law was kidnapped in Kaduna town today was supposed to be our joyful day because she was going to go down the aisle today, but some people decided to ruin it for us all. Please join us in wishing her a speedy recovery “she stated. 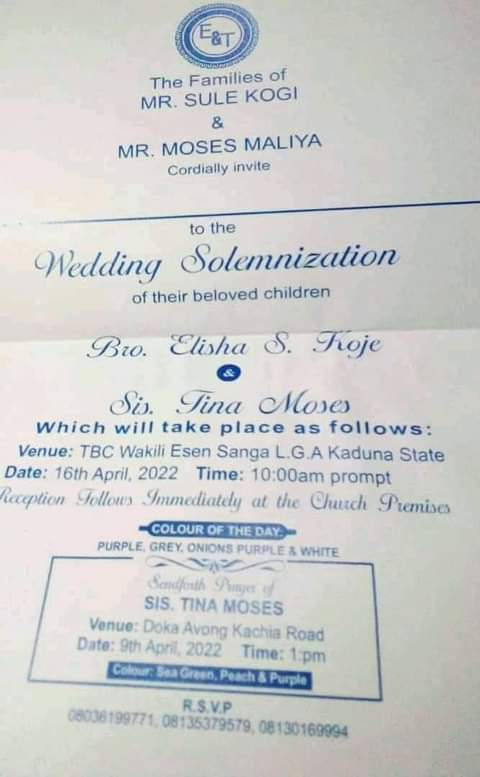 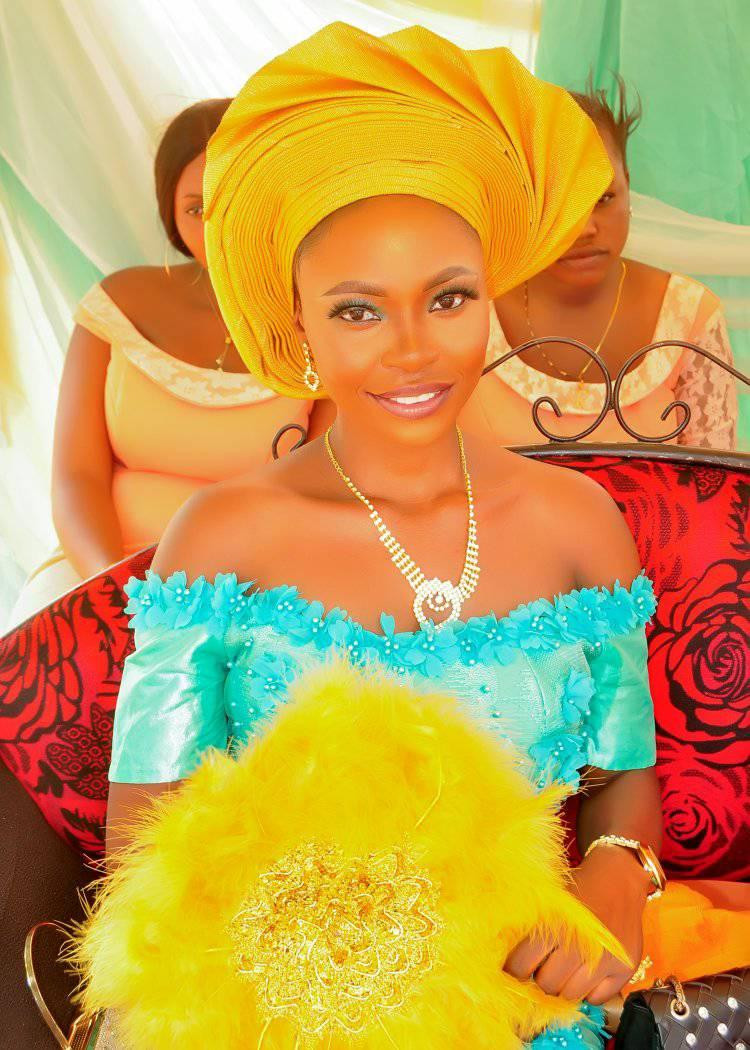 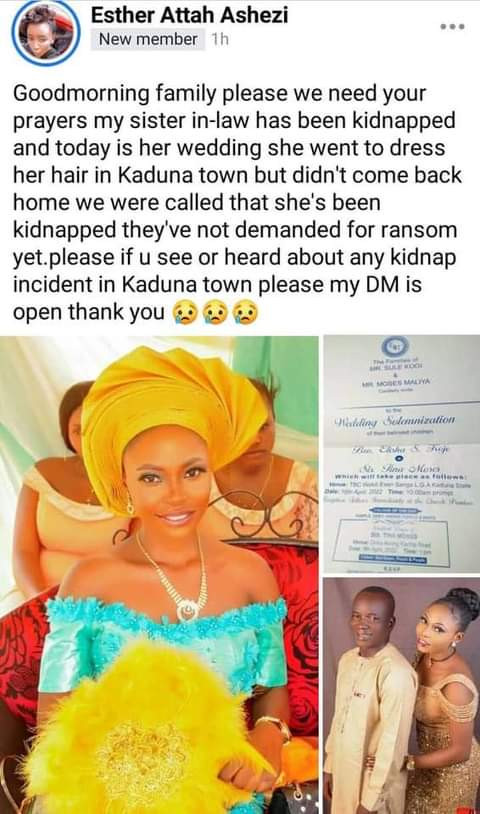