A businesswoman has narrated an unpleasant incident with a driver she booked to take her home.

Mum-of-two, Awele Ejiofor, said she ordered a ride on a ride-hailing app from Lekki to Ajah and her driver was a man named Mr. Samson.

During the journey, she started feeling sleepy, and had dozed off.

She explained that, to be safe, she waited till they got to a busy bus stop and she asked him to pull over before confronting him.

He denied it but she had already taken a picture.

The businesswoman said the incident left her shaken and she intends to send a mail to his company to report his conduct.

Read her narration of the incident below. 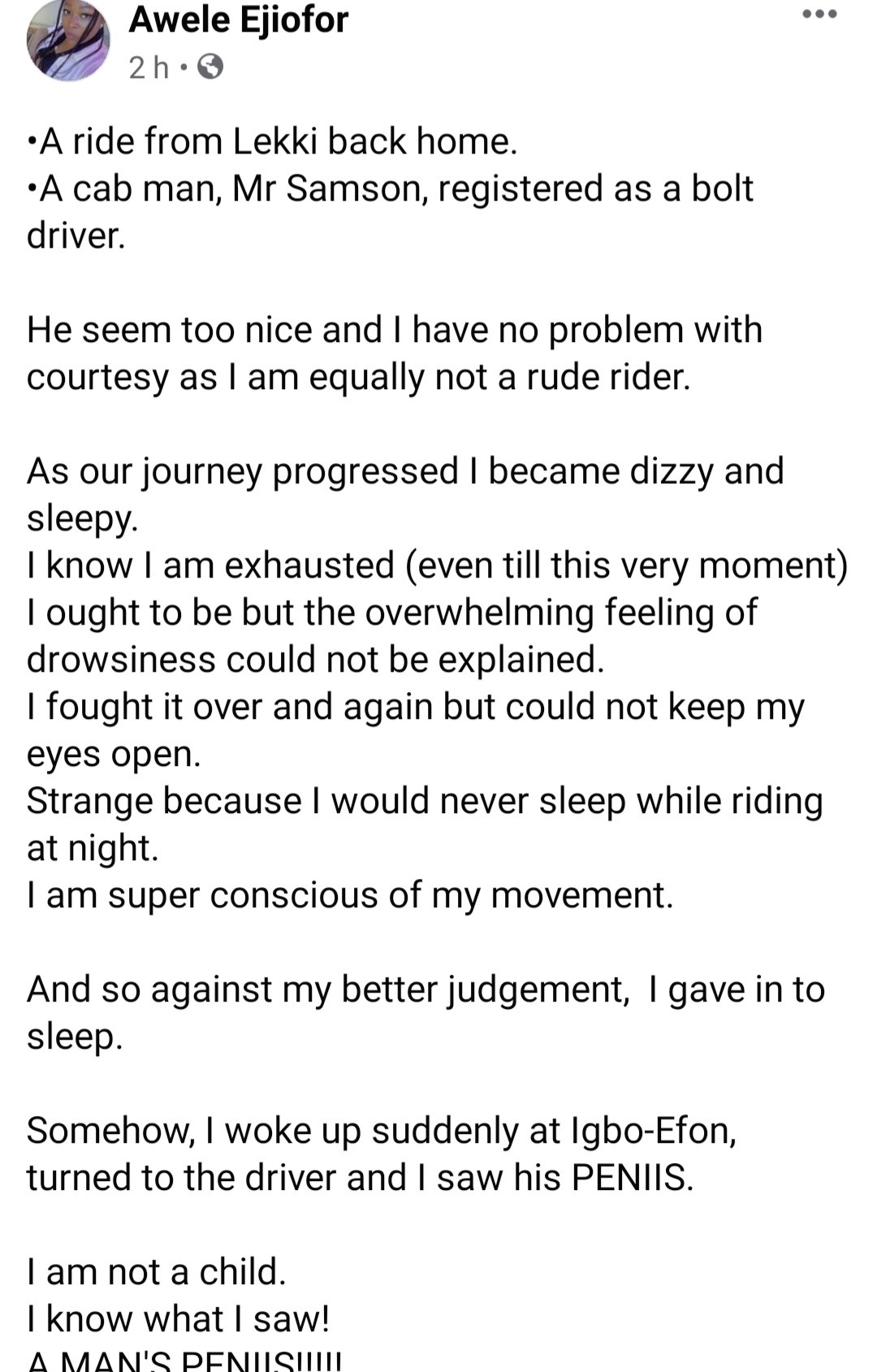 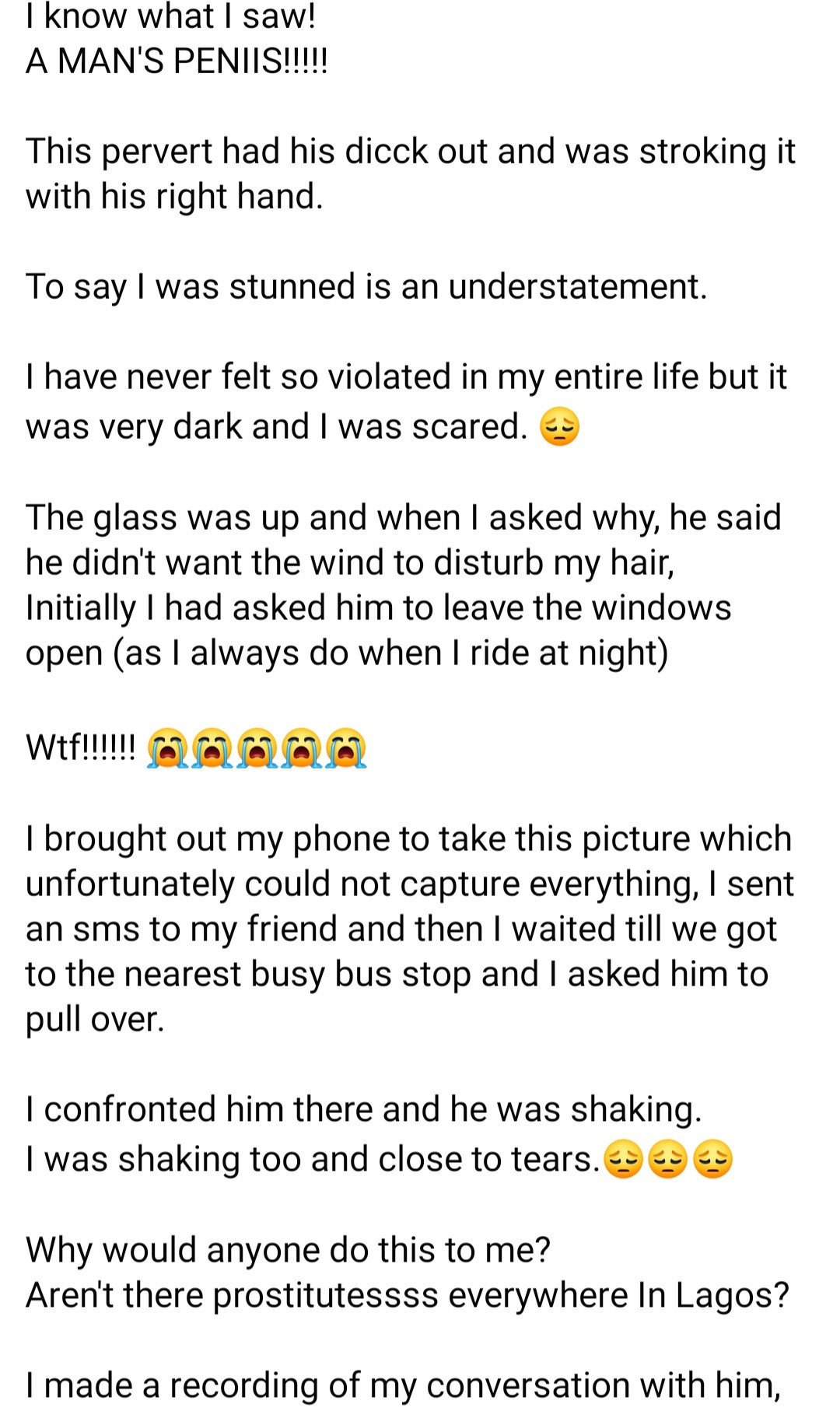 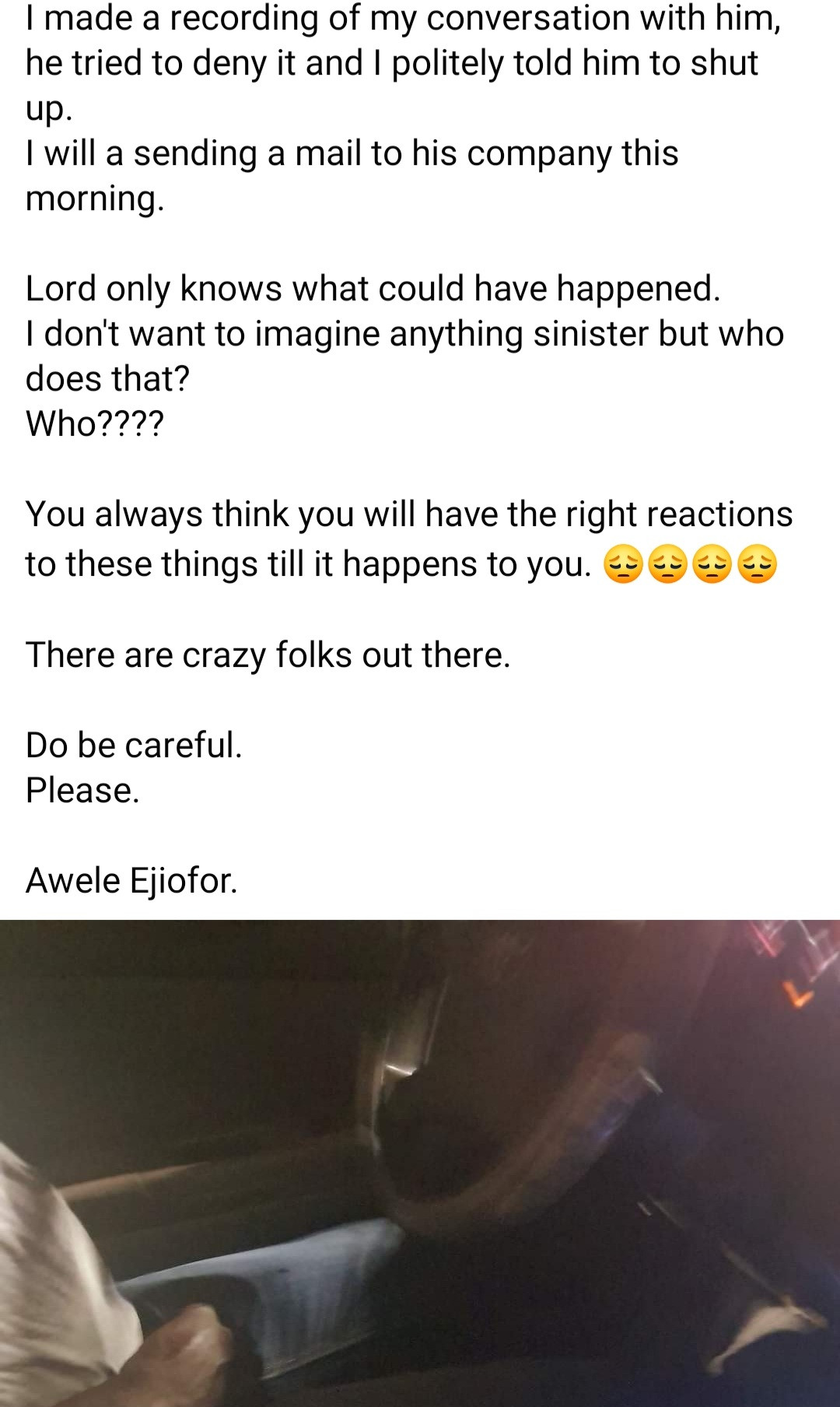