A farmer believed to be in his 40s has been arrested by Dunkwa Divisional Police Command for murdering his seven months old son.

The suspect is known as John allegedly killed and buried his son at ‘The Gambia’ a suburb of Dunkwa Offin in the Upper Denkyira East Municipality in the Central Region.

The suspect after beheading his son, stabbed his pregnant girlfriend, Hamdiya, after a misunderstanding ensued between them. 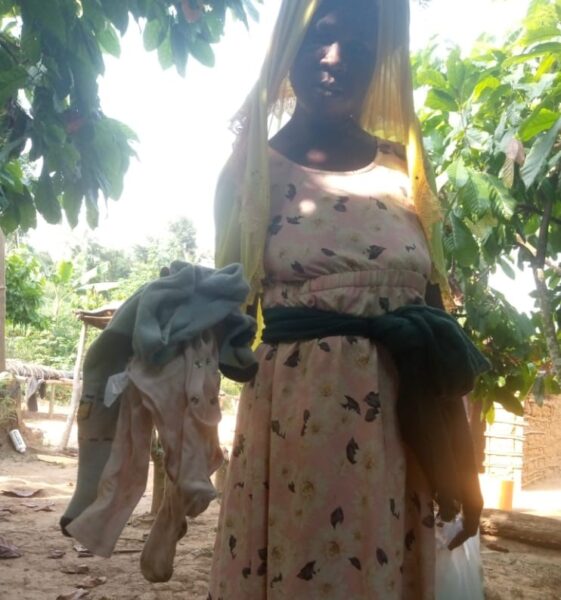 Mr. Suleman Mumuni, Assemblyman for the area in an interview disclosed that recently, the suspect pulled a gun on his girlfriend and threatened to kill her after a misunderstanding ensued between them.

According to the Assembly Man, the suspect is a weed smoker who’s fond of threatening his girlfriend.

The Police have commenced investigations into the incidents and have indicated they’ll soon arraign the suspect before a court.

WATCH: Policeman assaults slay queen after she demanded money for sleeping with her

SCREENSHOT: Osei Kwame Despite accused of using his tenants for rituals

A/R: Angry husband attacks man with cutlass in a car for sleeping with his wife (VIDEO)