One of Ghana’s richest men Bernard Antwi Boasiako, who is a gold mine guru, radio station boss, and a top politician has submitted an astonishing $3.1 billion to buy English powerhouse Chelsea and sign global superstars Cristiano Ronaldo and Lionel Messi.

The businessman has thrown his hat into the ring to purchase the club after Russian owner and billionaire Roman Roman Abramovich put up the London-based side for sale.

The chairman of Ghana’s ruling party in the Ashanti region has set an audacious target of purchasing the club from the Russian billionaire.

He had not only boldly declared his intention publicly, but gone ahead to submit letter of interest to the English side.

Antwi Boasiako is looking into buying Chelsea after it was put up for sale by the owner in the wake of the Russian attack on Ukraine.

He has confirmed his readiness to become the new owner of the English side and set an ambitious target of signing world stars Cristiano Ronaldo and Lionel Messi.

Boasiako told Ghana’s Wontumi FM radio station: “I want to go and buy Chelsea Football Club. I am interested in it.

“Those who buy clubs are not footballers, but business people.

“I am also a businessman. I’m into gold mining. Why can’t we buy the club?

“I want to join the bidding.

“If I become the owner, I want the Brazilian player at Real Madrid, Vinicius Jr – and to sell off Romelu Lukaku.

“I will speak with Manchester United to see if I can also buy Cristiano Ronaldo for Chelsea.

“Roman Abramovich has done his best. It is now time for him to support a Ghanaian or an African to buy Chelsea.”

The Russian wants to ensure he sells the Blues to someone, or a group, that will continue his investment in the current Chelsea squad, as well as the development of Stamford Bridge, or indeed building a new stadium.

He confirmed last week in a statement that he would be selling Chelsea after owning the club for almost two decades, with the “best interest” of the west Londoners the main reason behind his decision.

The Russian businessman is looking for £3billion for the sale to be completed, with several interested parties already making contact with him. 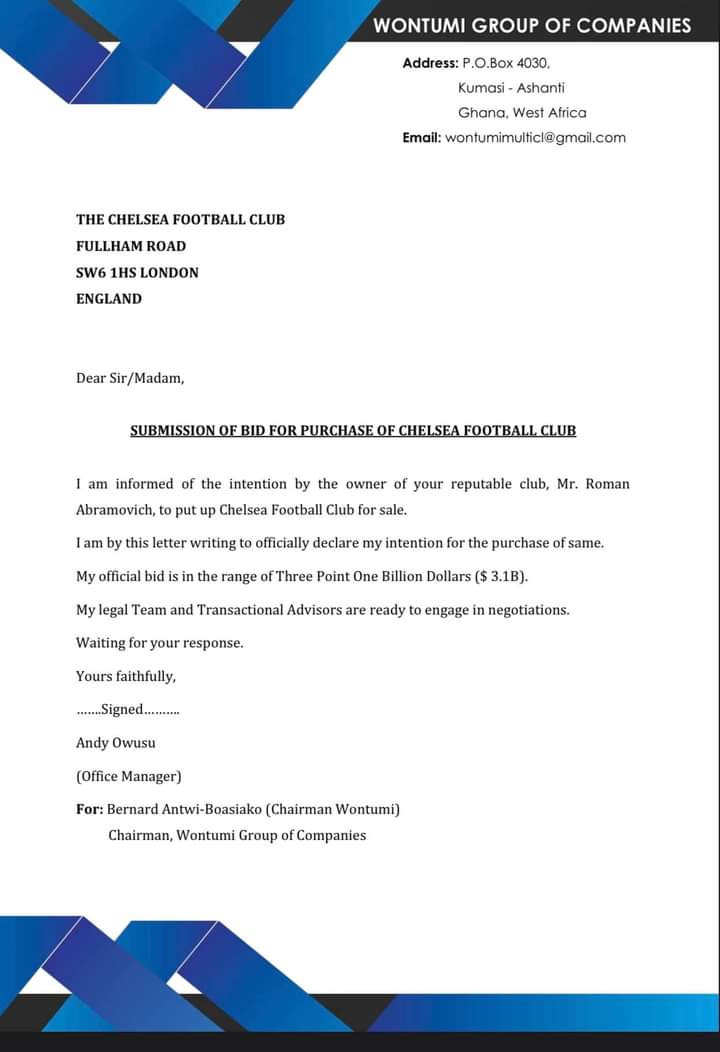 Watch US election 2020 results live: Biden narrowly ahead of Trump as count goes on