The Anti-Armed Robbery squad deployed to the Eastern region by the Acting Inspector General of Police (IGP) Dr.George Akuffo Dampare has come under attack by highway robbers on the Akyem Ettukrom to Bunso road.

The robbers reportedly wielding AK47 were on the road Tuesday, August 17, 2021, at dawn to rob commuters.

The robbers upon seeing the Police Bus transporting the personnel to their Operational areas opened fire on the bus which the police quickly retaliated.

The gunfire exchange lasted for few minutes but the robbers fled into the bush after some sustained injuries.

The Police personnel combed the area and nearby houses and some health facilities but could not find the suspects. 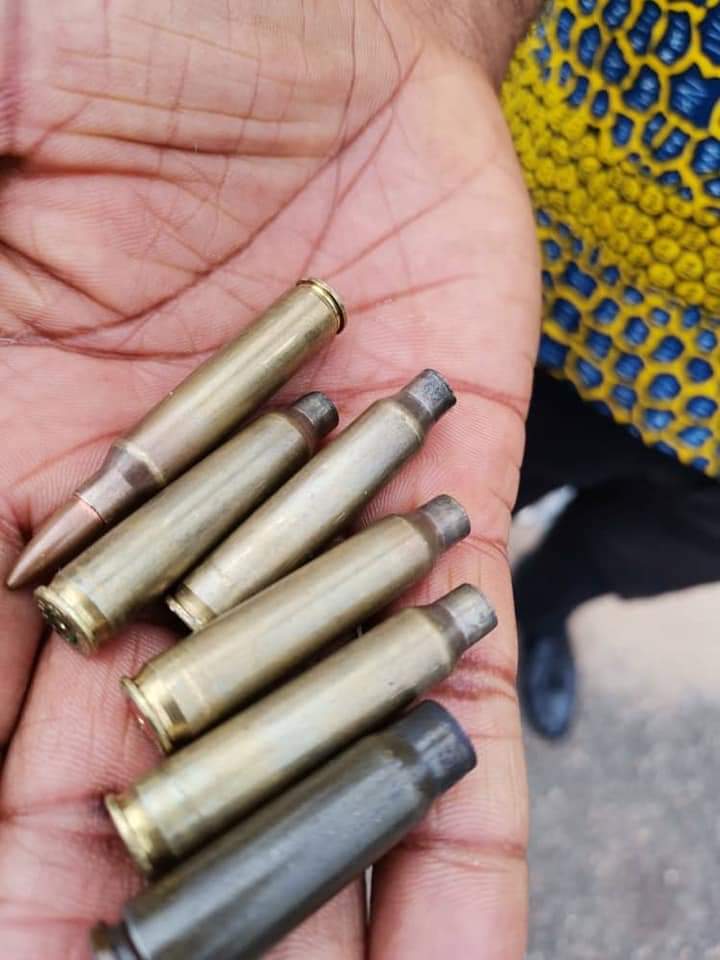 The scene was the exact area two highway robbers Haruna Amadu, 25, and Joseph Nyira ,25 were arrested on June 5, 2021, after killing a trader in a robbery attack on the road with their accomplices at large.

The Acting Inspector General of Police (IGP) Dr.George Akuffo Dampare has deployed 126 troops of the special Anti-Armed Robbery Squad (AARS) to the Eastern region to clamp down rampant robberies in the region.

READ MORE  E/R: Many injured, one dead in an accident at Nsawam

The AARS special force will augment the capacity and capabilities of the Eastern Regional command to deal with the menace.

The Eastern Region has recorded high cases of highway robbery this year leading to fatalities, injuries and lost monies, and personal effects.

On Friday, August 13, 2021 highway robbers attacked passengers onboard a Sprinter Bus from Nkawkaw en route to Donkorkrom in Afram Plains North District in the Eastern Region at about 7:00pm.

A female passenger sustained gunshot wounds during the robbery which occurred at Agyata stretch of Ekye Amanfrom to Maame Krobo road.

Earlier on Monday, August 9,2021 , two pastors of The Church of Pentecost as well as other commuters have were robbed by a gang of highway robbers on Parade stretch of Asamankese to Topease road in West Akyem Municipality at about 9:30pm.

The two Pastors are ; Pastor Eliezer Yaw Arkoh-Larbi and Victor Asante Ayim.They were in the company of an elder and a deacon.