The bodyguard of the Presidential Candidate of the opposition National Democratic Congress (NDC), John Dramani Mahama, identified as Mr. Tahiru Bombi Bakari, has finally cast his vote in the ongoing Presidential and Parliamentary elections.

Mr. Bakari, according to a statement released by the Electoral Commission (EC) of Ghana, voted at the District Office Polling Station in the Bole-Bamboi constituency.

Mr. Mahama’s bodyguard was earlier left stranded when he was told by officials of the EC at the District Office Polling Station in Bole-Bamboi constituency that his name was not in the voter’s register.

Bakari had gone to the polling station to exercise his voting rights in the company of his boss, Mr. John Dramani Mahama.

Mr. Mahama who broke the news of the unfortunate incident to journalists during an interview moments after casting his vote expressed worry about the situation. One woman’s name was also missing in the voter’s register.

However, the EC said Mr. Bakari brought the mess for himself after failing to provide his Voters ID Card, making it very difficult for officials of the EC to trace his name in the voter’s register.

This was after the Name Reference List Officer was able to trace his name in the Voters Register following several attempts due to Mr. Tahiru not having his Voters ID Card on him and providing his name in a different sequence from that on the Register”, the statement in part read. 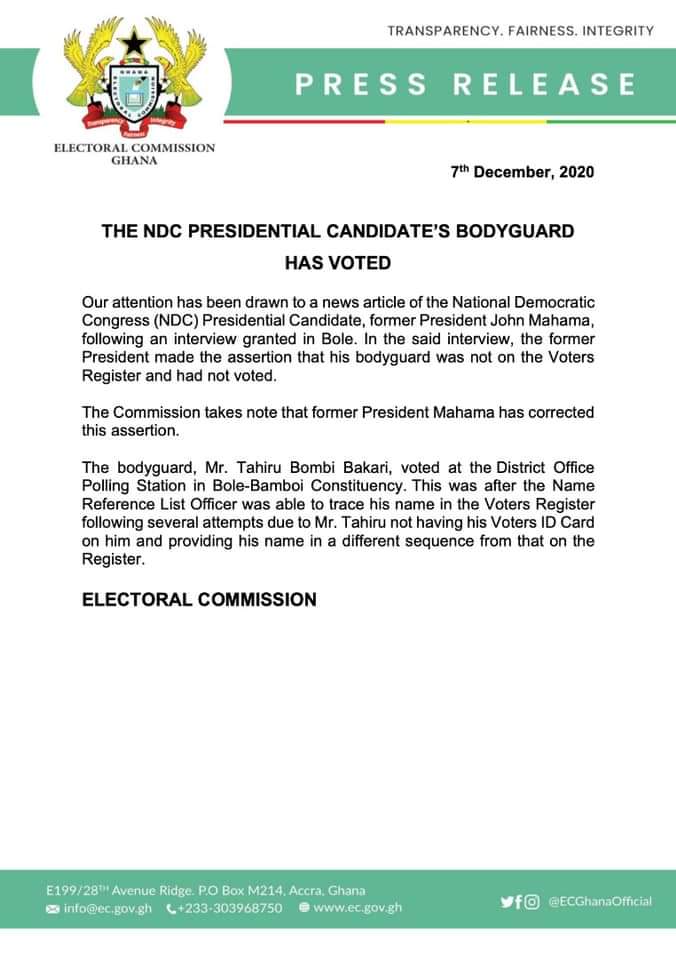