Rumors that the ex-wife of popular comic actor, Benson Nana Yaw Boateng, well known as Funny Face, is set to remarry has been confirmed as Elizabeth Nana Adjoa Ntim has finally tied the knot with her new man.

The traditional wedding ceremony between the police officer and her fiancé Eric Adjei took place on Wednesday, July 28, 2021, at Taptop, a suburb of Weija in Accra.

Photos and videos from the event have been widely shared on social media which have been greeted with a plethora of congratulatory messages.

Funny Face has also taken to his Instagram page to congratulate Elizabeth Nana Adjoa Ntim on her nuptials. 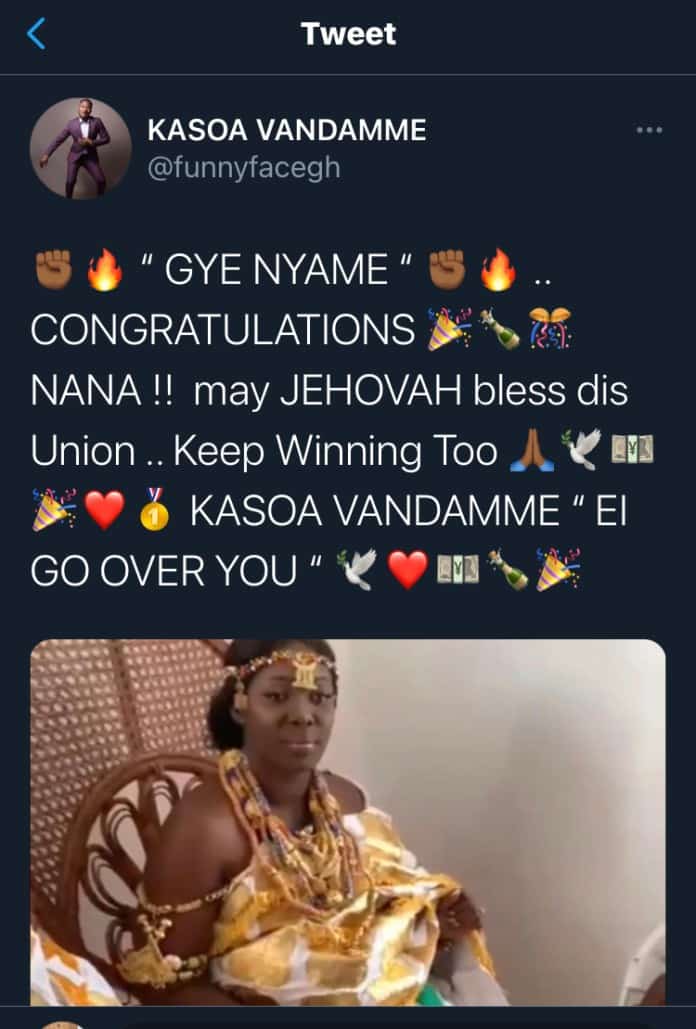 Funny Face and Elizabeth Nana Adjoa Ntim went their separate ways after their marriage broke down in August 2017.

Following the collapse of their marriage, Nana Adjoa Ntim tagged Funny Face as a ‘2-minute man’ who fired ‘weak stroke’ in bed on his entire night duties.

Funny Face on the other hand described his marriage to his ex-wife as useless, saying that he was only lured by her hips and a big backside.

He also told the world that his ex-wife committed over 36 unpardonable sins which nearly forced him to commit suicide.