Two persons have been reported dead with five others battling for their lives after a gas explosion at Denkyira Akwaboso in the Upper Denkyira West District of the Central Region.

The unfortunate incident occurred on Sunday, July 26, 2020, with the persons involved identified as gold dealers.

Speaking in an interview on Adom FM’s Dwaso Nsem with Chief Jerry Forson, an eyewitness said a cylinder one of the victims had gone to fill might have caused the incident.

It is suspected that one of the victims who had gone to refill his gas cylinder may not have allowed the gas to settle properly before its use.

The impact of the explosion caused the collapse of the building where the cylinder was in use as well as nearby houses. 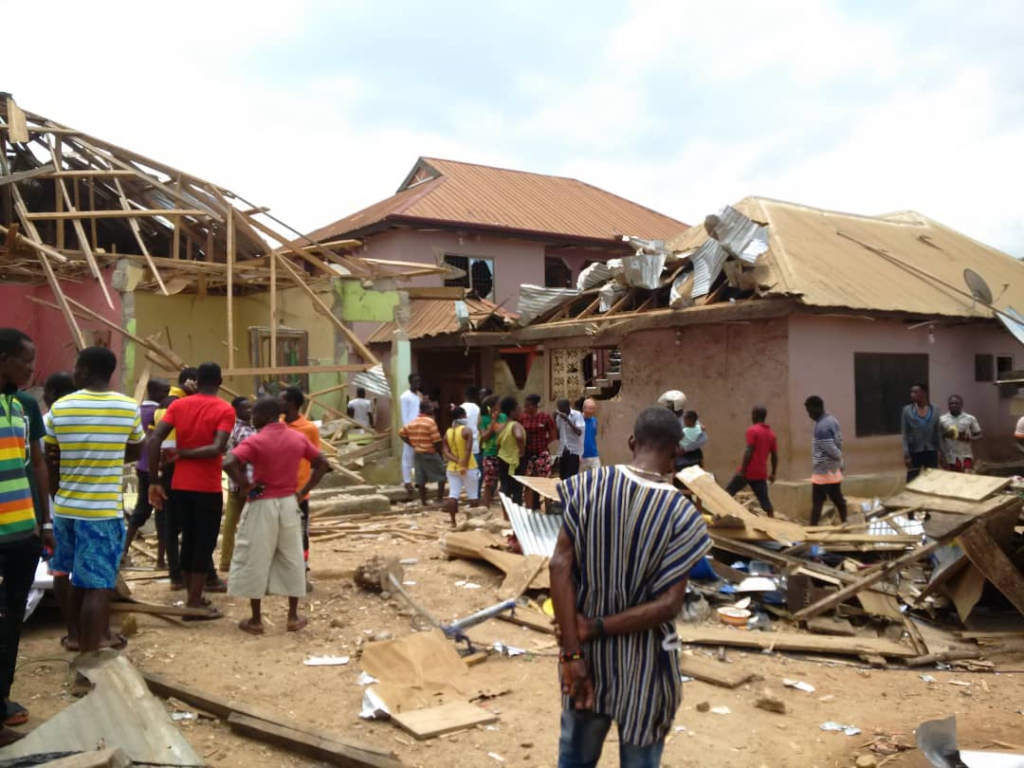 Photos and videos available to Myjoyonline show the dismembered body of one of the deceased. 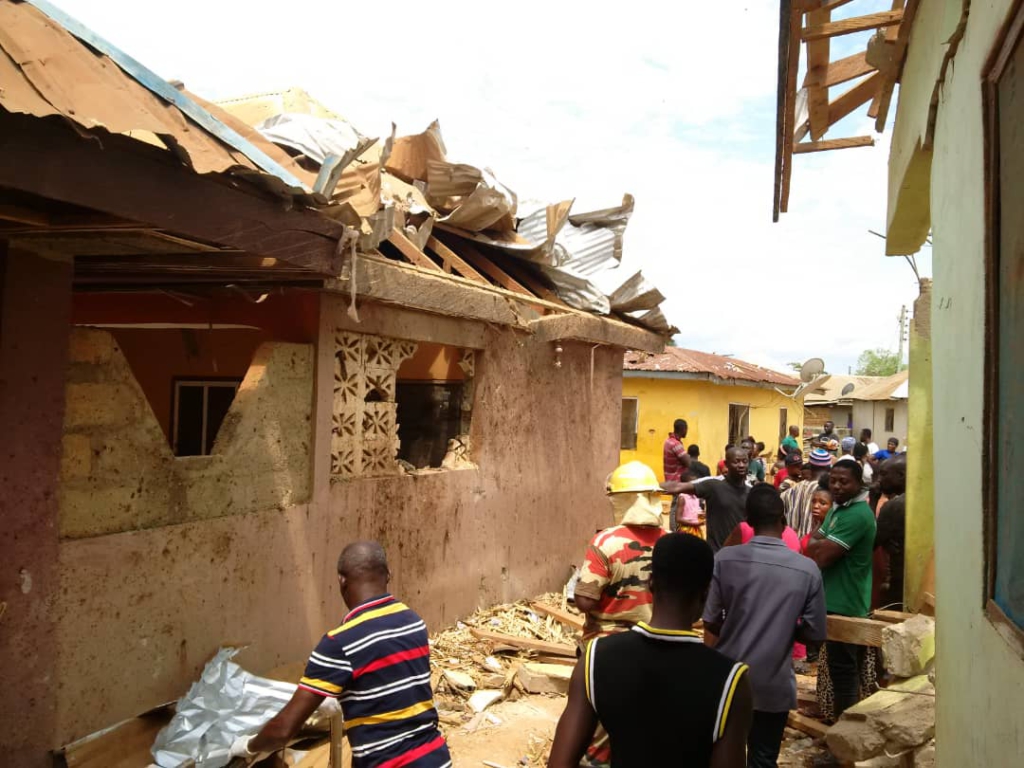 The surviving victims have been sent to the Okomfo Anokye Teaching Hospital in Kumasi with others at the Bibiani Government Hospital. 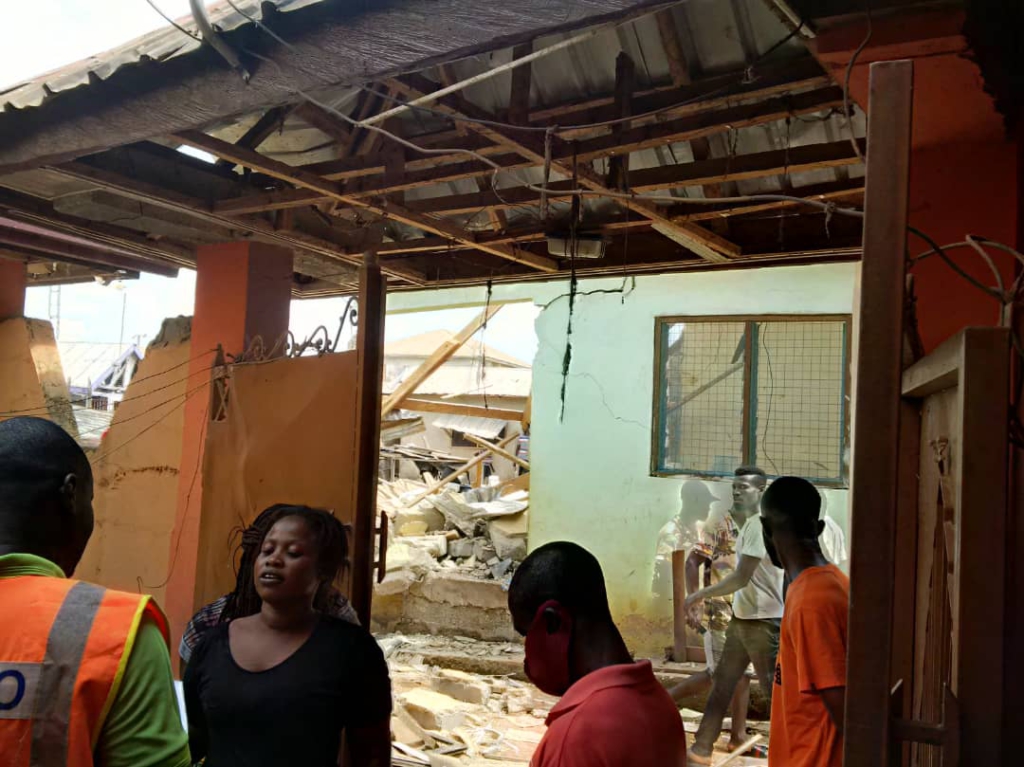 E/R: 3 dead in a fatal accident on Osino to Ayinam road (PHOTOS)