Celebrities are always on the hot seat and so, follow me as I chronicle some of these celebrities who have struggled with infertility. Some have been able to conceive while others are still “fighting the demons”.

Gifty Anti is the epitome of the kind of ladies referred to as ‘career women’. Her impact as a broadcaster was immense, and because of the misconstrued ideology of feminism, of which she was an advocate, some people thought that Gifty Anti wouldn’t get married.

However, the celebrated broadcaster and feminist found love at the age of 45. She got married to Nana Kwao Ansah IV in a colourful wedding ceremony which was dubbed ‘The Royal Wedding’. And you know, the next expectation after one gets married is THE OFFSPRING(S).

In an interview with GHOne TV, Gifty Anti revealed that she had doubts about her ability to get pregnant when she got married. She said that the ‘fear’ of an inability to get pregnant made her discuss the issue into details with her husband in order to ensure that he’ll be comfortable even if she’s unable to bear him a child. She further explained that she had even considered the option of adopting a child because she had virtually given up on herself.

She said, “I didn’t think it will happen. I had always wanted a child. I had tried before it didn’t happen so for me, it is well with my soul, I had accepted”.

Speaking to Jay Foley and Emefa Adeti during a Mothers’ Day Celebration on Joy Prime’s Morning show, Gifty Anti revealed that despite being successful in her career, she was looked down upon because at the time, she was not married and didn’t have a child.

She recounted the harsh words of a family member to someone who was praising her for a successful career; “Don’t praise her too much, unless she is married with a kid, then you can call her a successful woman.”

However, things turned out for the better just two years after her marriage. She said that on Christmas Eve, she went to Wisdom Hospital to check on her health. Upon reaching the facility, she did a urine and blood test, but before the results of the blood test were released, the ‘technician came out singing and said it is positive”.

Amid all the trials and tribulations, she finally gave birth to a baby girl on 11th August, 2017.

In an interview on Stacy Amoateng’s TV show, ‘Restoration’, Nana Ama McBrown recounted the difficult moments she faced prior to giving birth to her first child.

Just like Gifty Anti, McBrown revealed that she also contemplated adopting a child because she got ‘tired and depressed’. She said that she always felt uneasy when people were having conversations about childbirth.

She also revealed instances where she was accused of ‘spiritually selling her womb in order to achieve fame’. She said, “When I got pregnant, people didn’t believe it. If you get to a stage where you are not getting pregnant, you get worried even if your husband calms you down. It was not easy in my case because my husband already had two children”.

However, in March 2019, three years after her marriage to Maxwell Mensah, Nana Ama McBrown successfully gave birth to Baby Maxin in Canada. 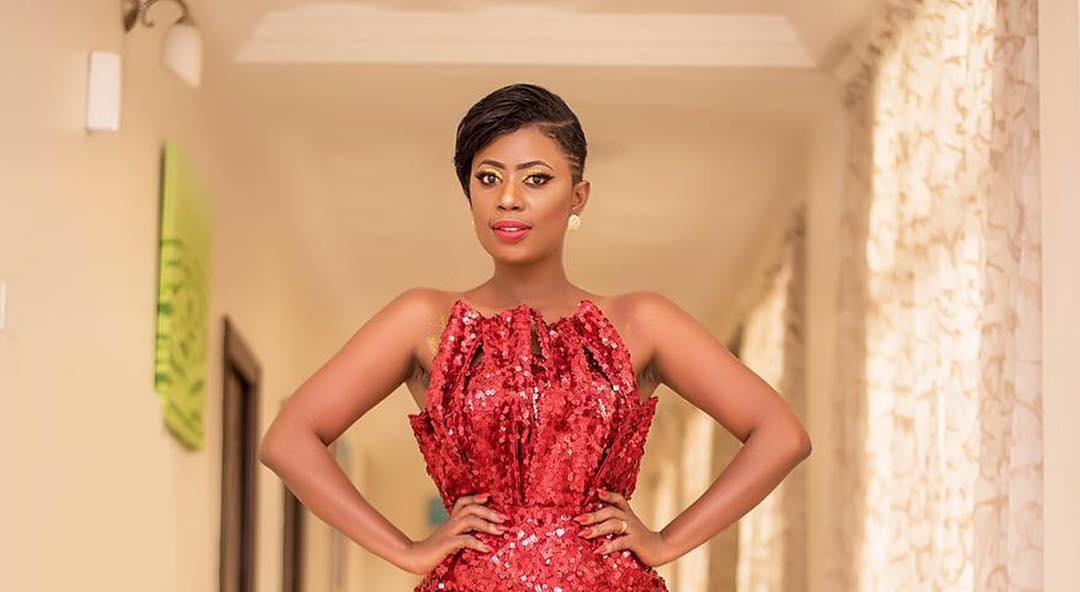 She tied the knot with Praye Tiatia in 2015 and five years down the line, they have been unable to conceive a child. The trolls on Selly have been epic, and her husband has come to her defence on several occasions.

We understand what the couple is going through and we hope that very soon, their union will produce the much-desired seed.

WATCH: I have both sεx organs – Ghanaian songstress reveals