The Ghana Revenue Authority (GRA) has extended an invitation to the recently married daughter of famous preacher Sam Korankye-Ankrah over a supposed $1 million she received as gift from her friends during her wedding.

The enormous gift from a group of young professionals, who are members of the church, went viral on social media on July 10, 2021.

In a letter to Dromo Korankye-Ankrah, the GRA said: ” Information available to the GRA indicates you have received an amount of one million dollars as gift from friends”.

READ MORE  AUDIO: We are ready to face whatever NPP brings - John Dumelo 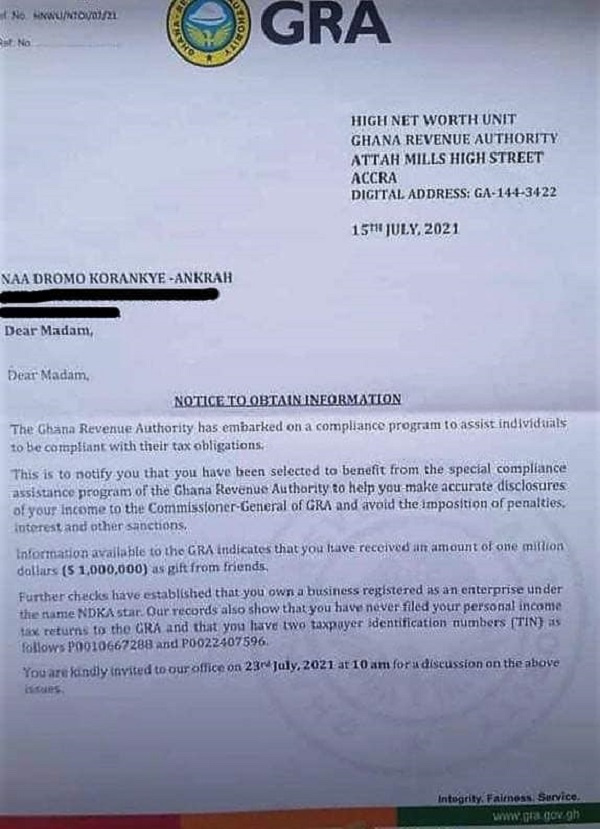 Meanwhile, the General overseer of the Royal House Chapel International has explained that the gift was only a ‘faith cheque’.

“Unfortunately, some people did not catch the idea of the presentation. They thought it was real money that was presented… The cheque was a faith cheque, not a real cheque.

“What these young people are saying is that they believe God, that one day during occasions like these, they will be able to present a cheque of $1 million. That is the statement they are making,” he said in church.