At least eleven people have died in a fatal auto crash as they were travelling for a funeral in Cross River State Nigeria, as two in a critical situation.

According to the report, the accident which involves a white-coloured Hiace bus with registration number EDA28XA occurred on Thursday, September 24, around 10 am along Calabar-Ikom highway in Mbarakom community, Akamkpa Local Government Area of the State.

Eye witness giving account said the crash was caused by brake failure while the vehicle was on high speed.

“I know some of them very well they are my neighbours and we stay in the same yard. Someone in the area died and they were going for the burial. It was a chartered vehicle for the burial,” he said.

Check out some photos below 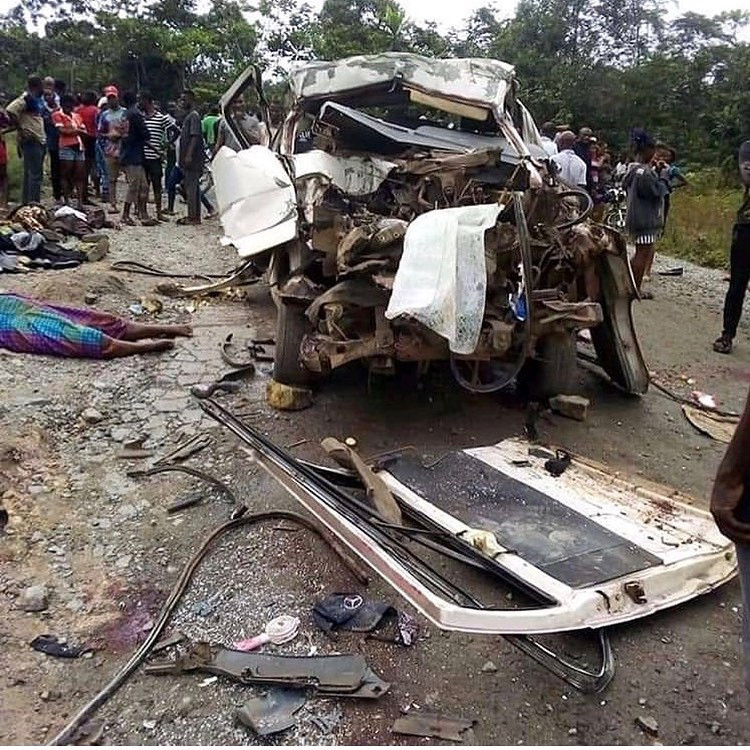 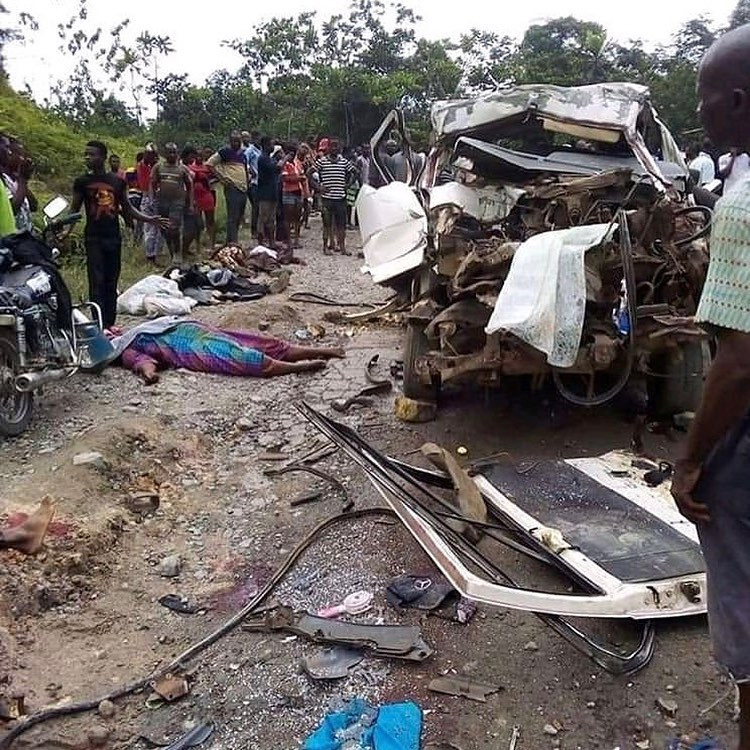 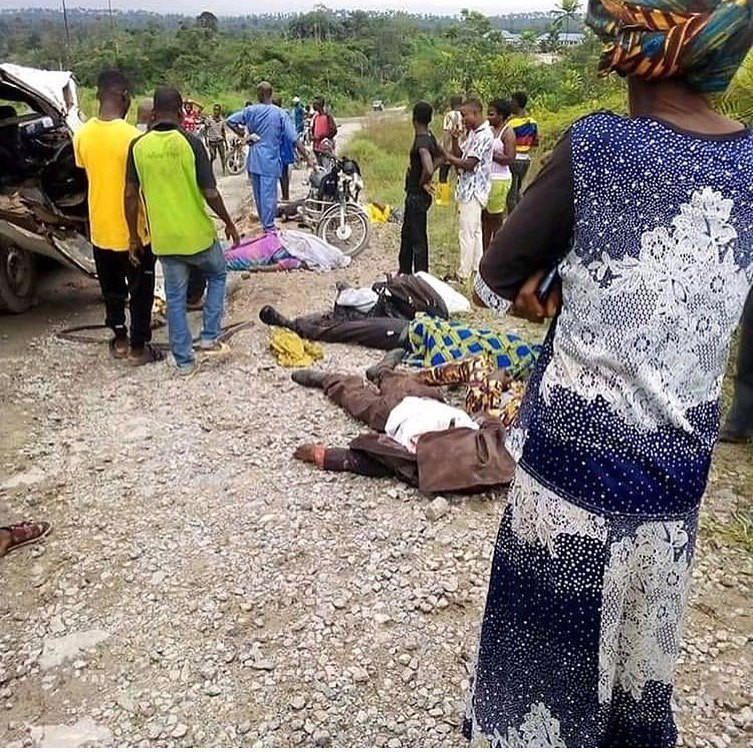 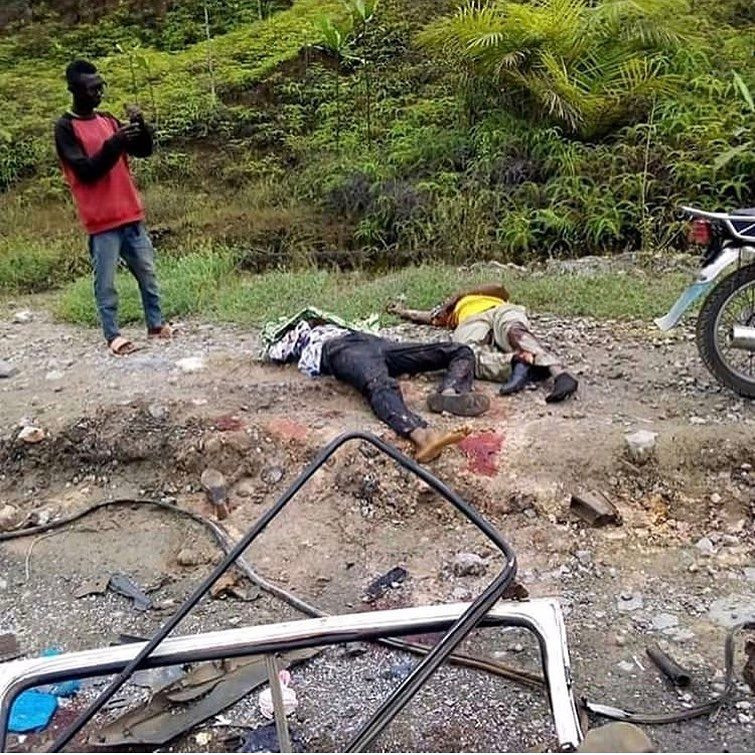 Buhari puts NDDC on a hot seat over scholarship monies