Information Daily News Ghana sighted on the U.S Federal Bureau of Prisons website, indicates that Ramon Abbas aka Hushpuppi has been released. According to the information posted on the website, Hushpuppi was released on Monday, July 20.

Last week, a US judge, Jeffrey Gilbert, denied Hushpuppi bail on grounds of him being a flight risk. He was arrested in June over allegations of fraud. The Dubai police who effected his arrest before extraditing him to the US accused Hushpuppi and his cybercrime squad of defrauding over 1, 926,400 victims of  $435.6 million. 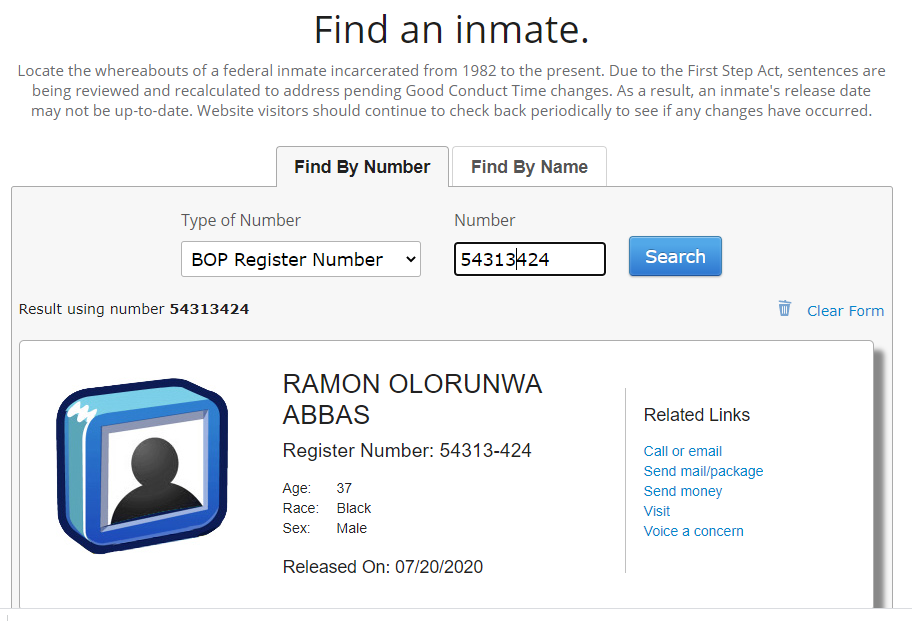 BBNaija 2020: Nengi gives details on why she was in shower with Ozo (VIDEO)

BBNaija 2020: What Nengi did as Ozo tried to kiss her after his eviction (VIDEO)