Joined to the suit is the TV station on which the said defamatory comments were made, Wontumi TV, in Kumasi, owned by Wontumi Multimedia Company Limited.

According to the suit sighted by GhanaWeb.com, Mr. Ampaw stated that a previous case filed by Mr. Mahama against Bernard Antwi-Boasiako a.k.a Chairman Wontumi, the Ashanti Regional Chairman of the New Patriotic Party (NPP) is “part of the grand scheme to muzzle Chairman”.

The suit further alleged that Mr Ampaw also stated that by filing the suit against the NPP Chairman, Mr. Ibrahim Mahama, who is a brother to former President John Mahama, has opened himself up for attacks and hence warned him to prepare for these attacks.

“We find it more convenient now more than ever, to revisit the dossier of the numerous allegations made against him to chastise him like his role in the collapse of the Merchant Bank and the diabolical plot he hatched with his brother, former President John Dramani Mahama, to secure the exclusive right of ownership of the vast Nyinahin bauxite deposits,” Mr Ampaw is alleged to have stated on the TV programme.

Mr Ibrahim Mahama, therefore, wants the court to order the defendants to pay GHC2 million in damages for defaming him in the eyes of right-thinking members of society.

Read the full suit below. 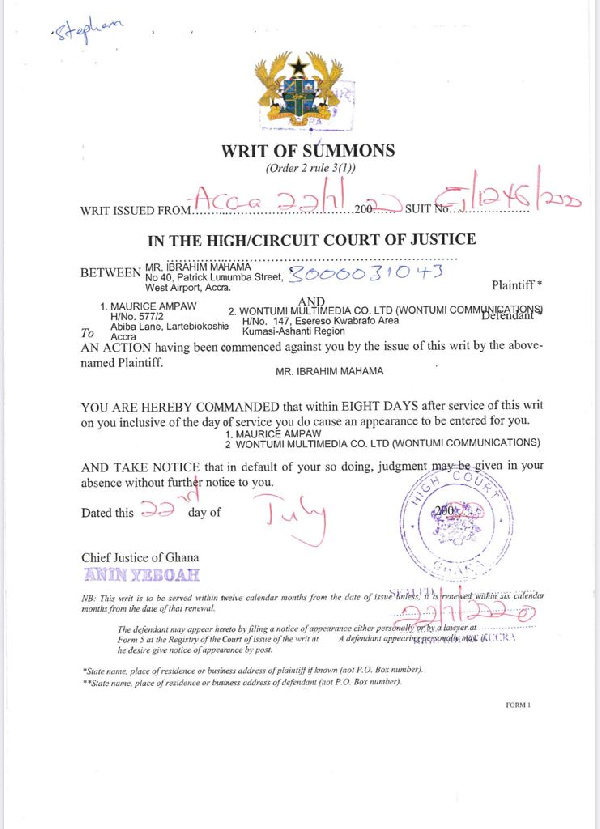 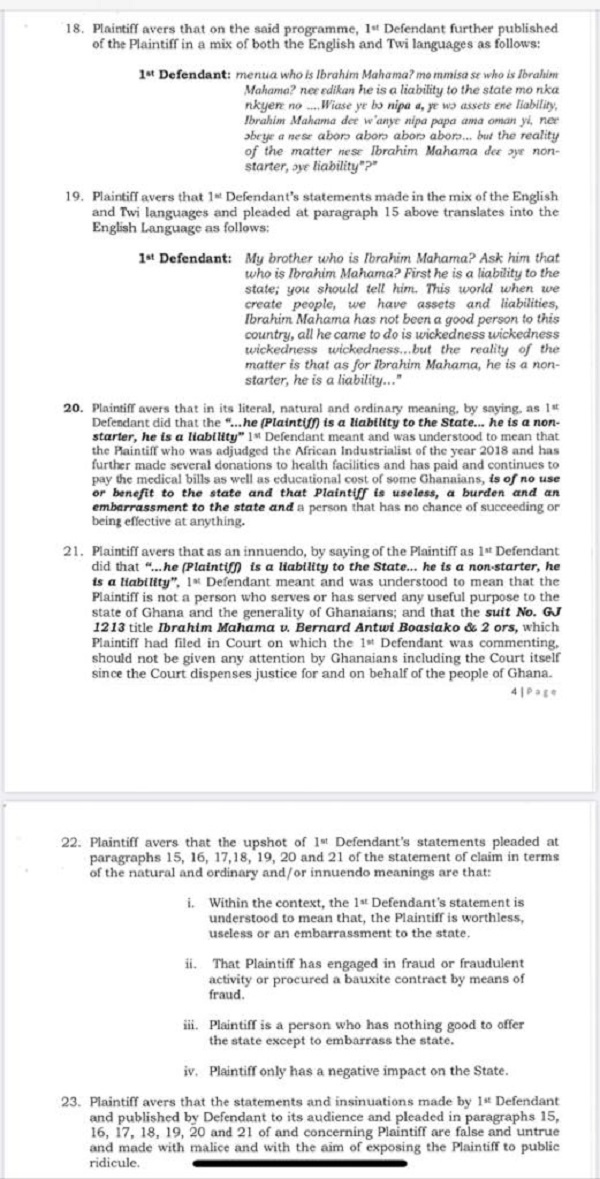 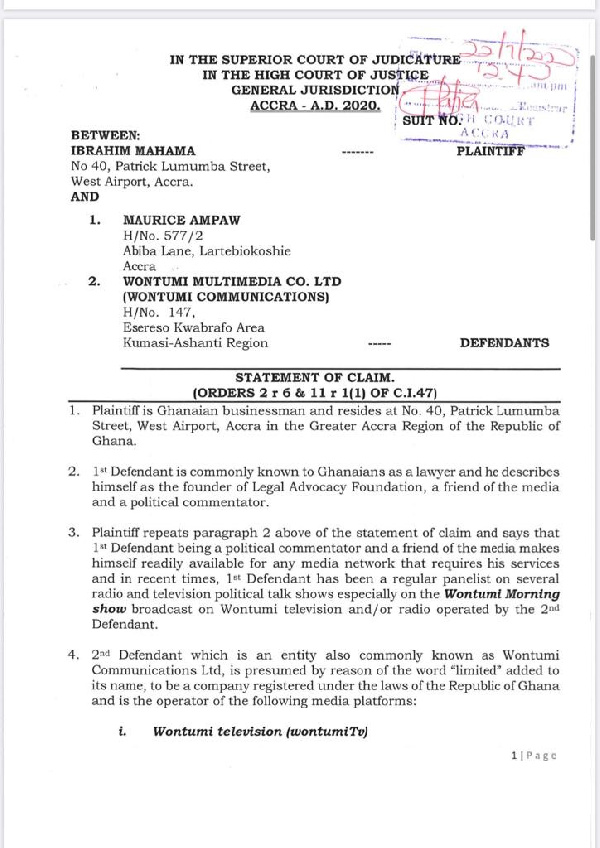 Paul Ofori Amoah opens up on relationship with Cynthia Morrison