ThisDay is reporting that Mallam Ismaila Isa Funtua, is dead.

According to the report, he died of cardiac arrest on Monday, July 20. Presidential aide, Bashir Ahmad, also confirmed the death of Funtua in a tweet.

Funtua is the founding managing director of Democrat Newspaper and former President of the Newspaper Proprietors Association of Nigeria (NPAN).

READ MORE  VIDEO: Cheating wife and lover flogged after being caught having s3x by her husband and his friends 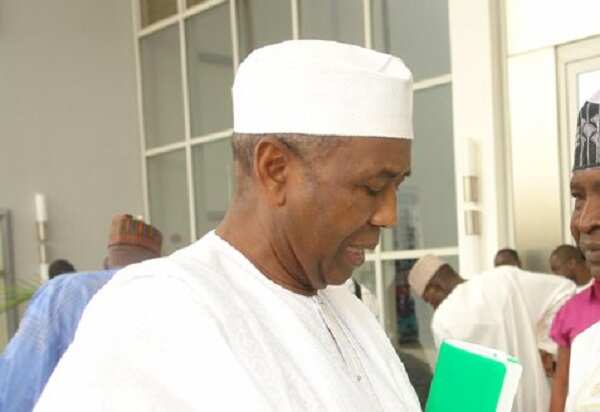 The Late Funtua was said to be very influential in the corridors of power.

He is also the chairman of the Nigerian Institute of Journalism, Lagos and the life patron of NPAN. Until his death, he was the chairman of Bulet Construction company. He will be buried according to Islamic rites Tuesday, July 21.

Read his bio below: Malam Ismaila Isa was born in Funtua, Katsina state. He was a pioneer student of the Federal Training Centre Kaduna. He trained as an administrative officer at the Institute of Administration, Ahmadu Bello University, ABU, Zaria, and as an administrator at Manchester University in the UK.

He was the Monitor General of Course 9, the prestigious National Institute of Policy and Strategic Studies, NIPSS, Kuru. He served at the Katsina Native Authority for seven years as an Administrative Officer.

Mallam Ismaila Isa is a renowned Business Executive and public officer with over thirty years of management experience. He was Personnel Manager in United Textiles Limited (UNTL), responsible for over ten thousand staff and a one-time Minister of the Federal Republic of Nigeria.

He is a philanthropist and a life patron of the NPAN, a staunch defender of a free press and free speech. Funtua had in an interview late last year, said he is not a member of any cabal but a cabal himself.

READ MORE  Has Hushpuppi been released from US prison?

He made the statement when he appeared on The Morning Show, a program on Arise Television on Saturday, December 4. Funtua accused Nigerians of using the term cabal in a derogatory manner, saying President Buhari is free to have people he trusts around him.