The Management of the Kotoka International Airport has confirmed that there was an incident at the facility on Tuesday that may have caused concerns for some travelers.

Reports on Tuesday suggested there was bomb scare at the airport after a bag suspected to contain some substance was found at the arrival hall of Terminal 3.

A statement by the KIA failed to mention the content of the bag and also silent on the so-called bomb scare that reportedly led to a lockdown of the airport  for hours. Passengers were also seen in a video circulating on social media lying on the floor as security officers dealt with the situation. 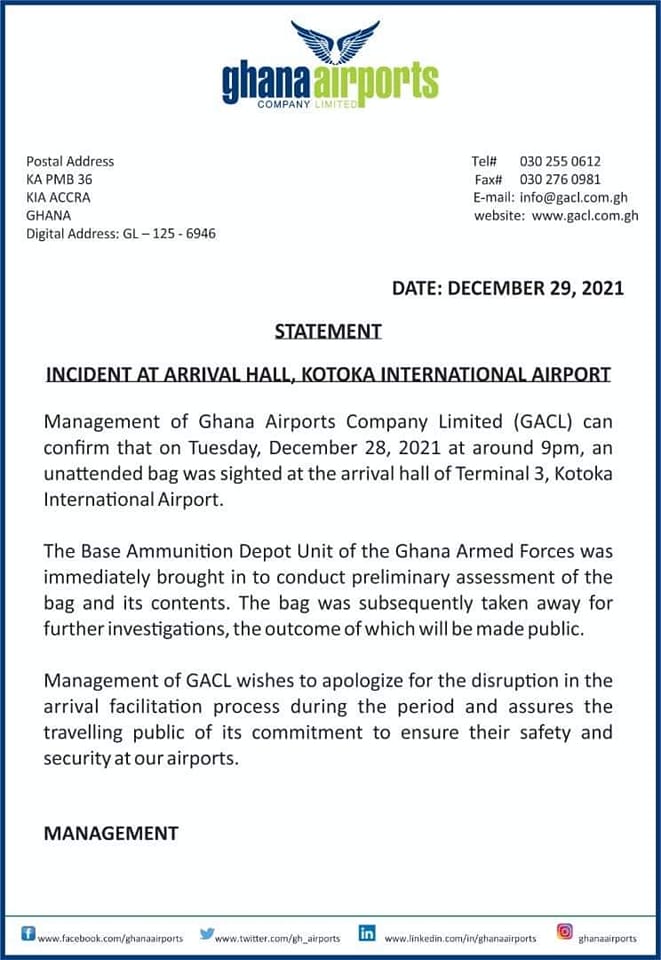 The statement noted investigations are underway and the public will be notified.

PHOTOS: 19-year-old arrested for blackmailing minister of education with s3xtape