The seven (7)-member committee set up to investigate circumstances that led to the death of a final year student of the KNUST Senior High School (SHS) has submitted its report to the Ashanti Regional Directorate of the Ghana Education Service (GES).

The committee, which was given two weeks to complete investigations was tasked to look into circumstances leading to delays by school authorities in attending to the late Leonard Sam, which ultimately led to his demise.

It was also tasked to listen to the grievances of students and give them a platform to voice their concerns.

The committee during its sittings for the period interviewed teachers, students and also spoke to parents of the deceased student to gather more information on the incident.

The committee had the opportunity to peruse the autopsy report of the deceased student as part of its investigations. 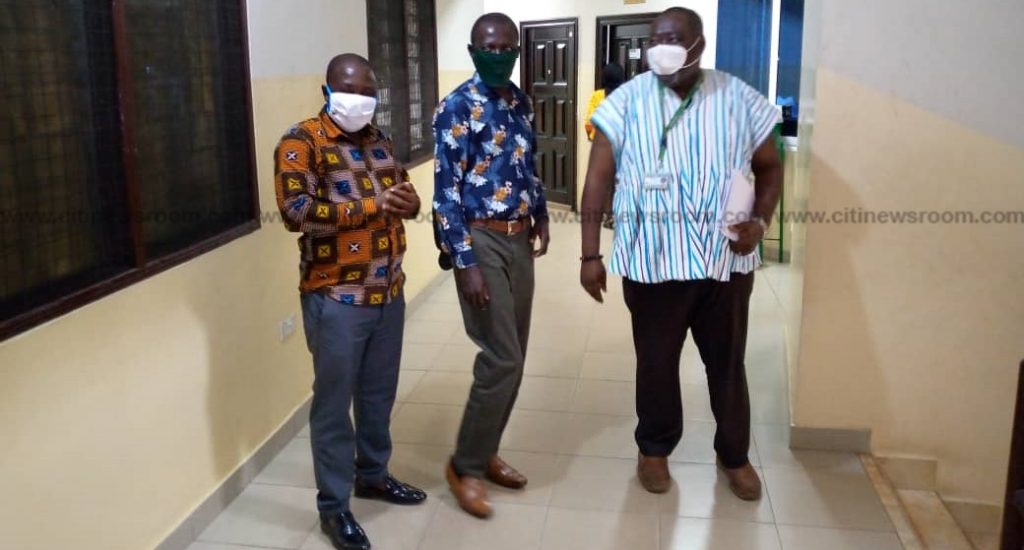 Chairman of the Committee, Professor Francis Kofi Ampong on Friday, 24th July 2020 led the members to present the report to the Ashanti Regional Education Director.

Although Professor Kofi Ampong declined to give details of what is contained in the report, he is hopeful the findings and recommendations will go a long way to ensure such an event will not happen in any Senior High School in the country again.

“The only challenge we had was getting the boy’s parent since they were still mourning and also the autopsy report also delayed. Apart from that, we didn’t have any challenge. All the teachers and students, we invited had cooperated so well with us,” he said

Ashanti Regional Director of the Ghana Education Service (GES), Mrs. Mary Owusu Achiaw who received the report said it will be handed over to the Director-General for implementation.

She, however, assured the Committee that the findings and recommendations will be implemented.

Students of the Kwame Nkrumah University of Science and Technology Senior High School (KNUST SHS) on Tuesday, 7th July 2020 held a protest against the school authorities following the death of a student.

According to the students, the deceased, Leonard Sam who had an ulcer and was ill was not attended to adequately by the school authorities.

Headmistress of the school, Felicia Asamoah Dankwaa who was accused of negligence by her students was interdicted by the GES.

Two other staff, Owusu Ansah Seth, a senior housemaster, and Anthony Awotwe, a housemaster for the Densu house, where the deceased student resided, were also asked to step aside for investigations to proceed.

VIDEO: Heartbreaking video from the burial of murdered 10-year-old boy