The convict from Atakwanyo village, Kware Local Government Area of GA Sokoto state, was also handed  N500,000 fine as compensation to the victim.

Delivering the judgment, Justice Omotosho decried sexual exploitation, especially of minors, which he said had become rampant in the North, and appealed to parents and governments to rise up in defense of “these vulnerable children.”

The judge, who noted that “it is the duty of all of us to put a stop to the menace of sexual exploitation,” said the case marked FHC/ S/22C/2021 was brought by the National Agency for the Prohibition of Trafficking in Persons (NAPTIP), Sokoto Zonal Command.

The charge, according to Justice Omotosho, read: “That you, 20 years old Yushua’u Shehu (M) of Atakwanyo, Kware Area, Kware Local Government of Sokoto State, around 04:00pm on or about 27th May, 2021 within the jurisdiction of this honourable court, procured one (name withheld), three years old female of Minanata area of Sokoto State, took her to one Hajiya’s house close to Minanata area, Sokoto State and you subjected her to sexual exploitation with yourself, thereby committing an offence punishable under Section 16(1) of the Trafficking in Persons (Prohibition) Enforcement and Administration Act 2015”.

Justice Omotosho premised his judgment on complaints from the parents of the victim, medical examination obtained from Nana Khadija Sexual Referral Centre as well as testimonies of two prosecution witnesses.

He said the testimonies included that of Dr Auwal Musa, the medical officer that examined the girl, which proved beyond reasonable doubt that the defendant had carnal knowledge of the minor. 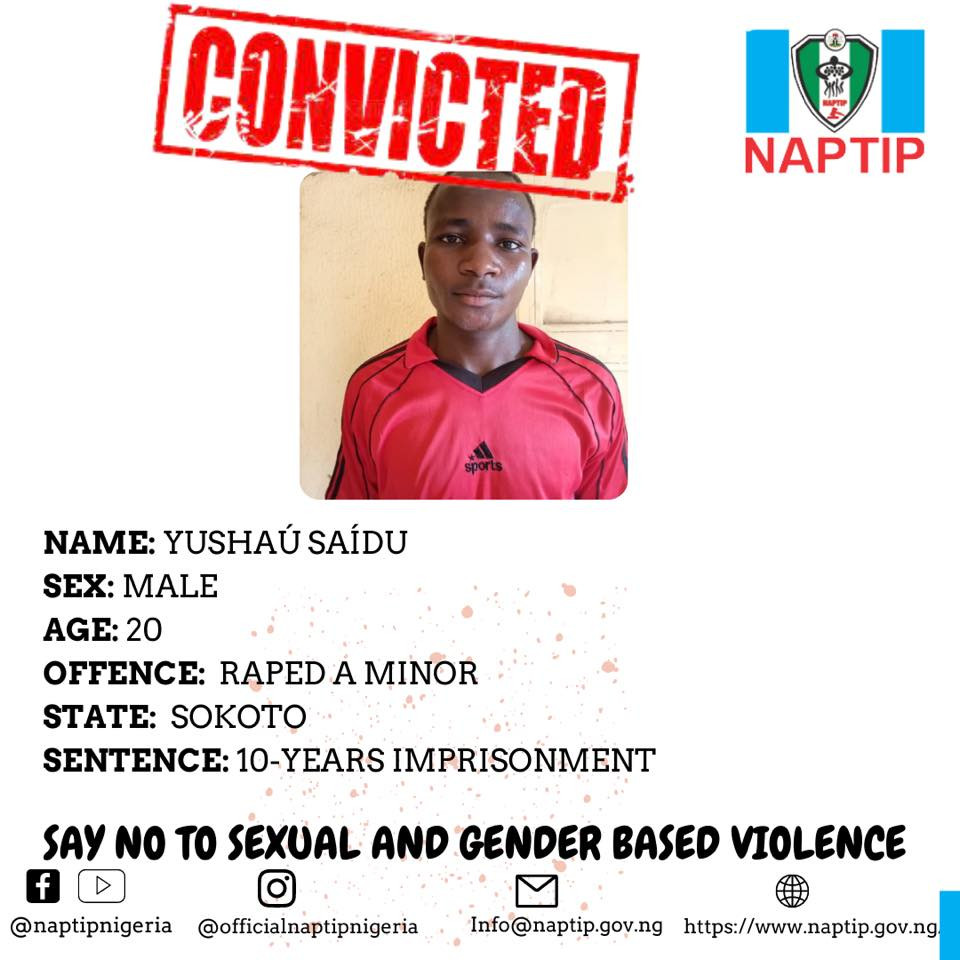 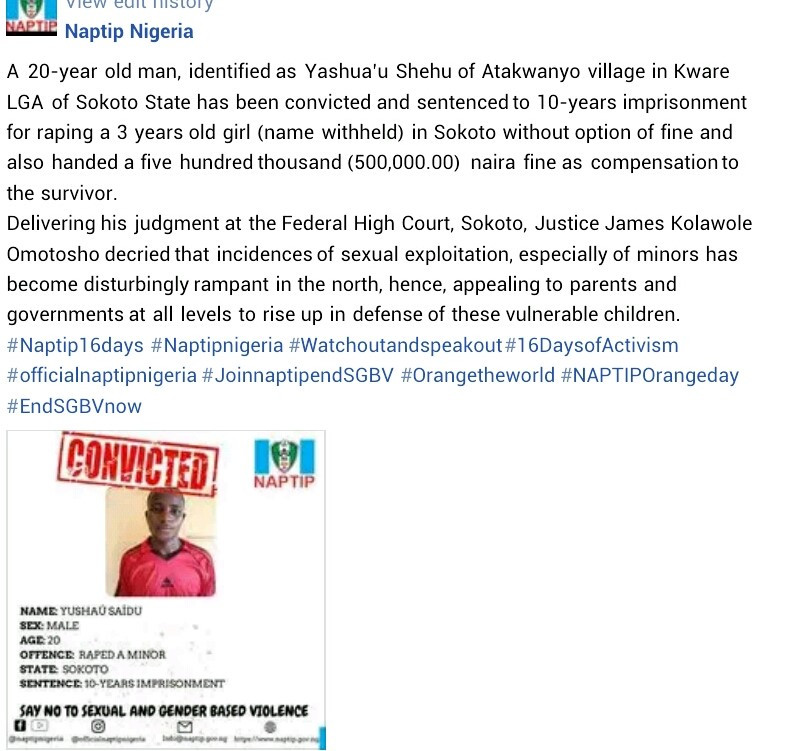