The Multimedia Group Limited (MGL) has drawn the police’s attention to some alleged life-threatening comments that Mr Kennedy Ohene Agyapong, the Member of Parliament for the Assin Central constituency and Chairman of the Defence and Interior Committee of Parliament, has made against Mr Erastus Asare Donkor.

The media group, in a formal complaint addressed to the Deputy Ashanti Regional Police Commander, indicated that the lawmaker called for a ‘serious’ beating of Erastus Asare Donkor.

The complaint further noted that Mr Agyapong asserted that “we should beat the hell out of Erastus Asare Donkor” and also threatened that if he (Honourable Agyapong) “were the president of Ghana, he would have ensured that Erastus Asare Donkor is beaten mercilessly”.

According to the complaint, he made those comments on ‘The Attitude’ programme aired on 9 July 2021 on his own television station, Net 2 TV.

The TV programme was streamed live and widely published on social media platforms.

“Honourable Agyapong launched the above scathing attacks and threats on Erastus Asare Donkor’s life because of the journalistic work that the latter undertook during the recent shootings and killing incident at Ejura, and his appearance before the Kingsley Koomson Committee investigating the incident,” the formal complaint said.

The Multimedia Group Limited has, therefore, asked the police to urgently investigate the life-threatening comments.

The company also demanded that Erastus Asare Donkor is given the required protection. 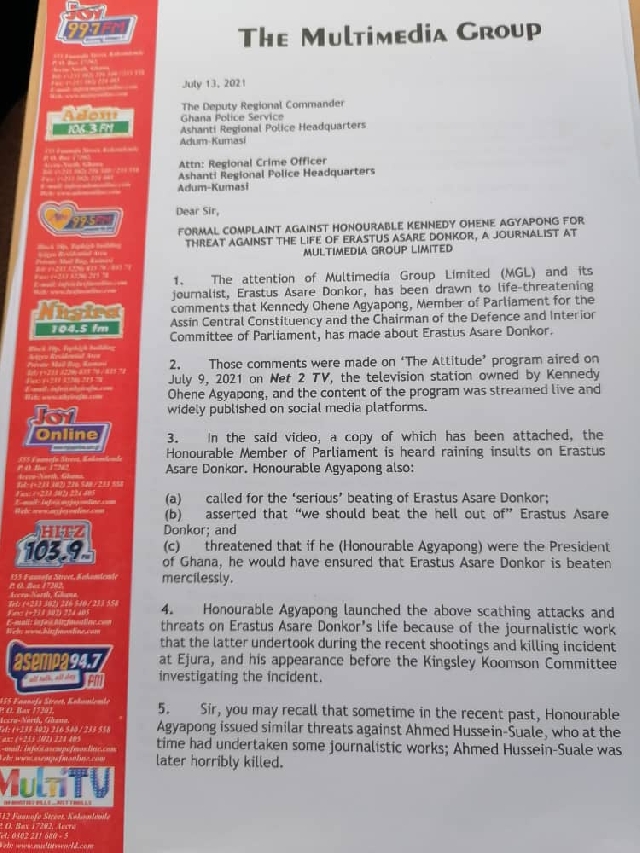 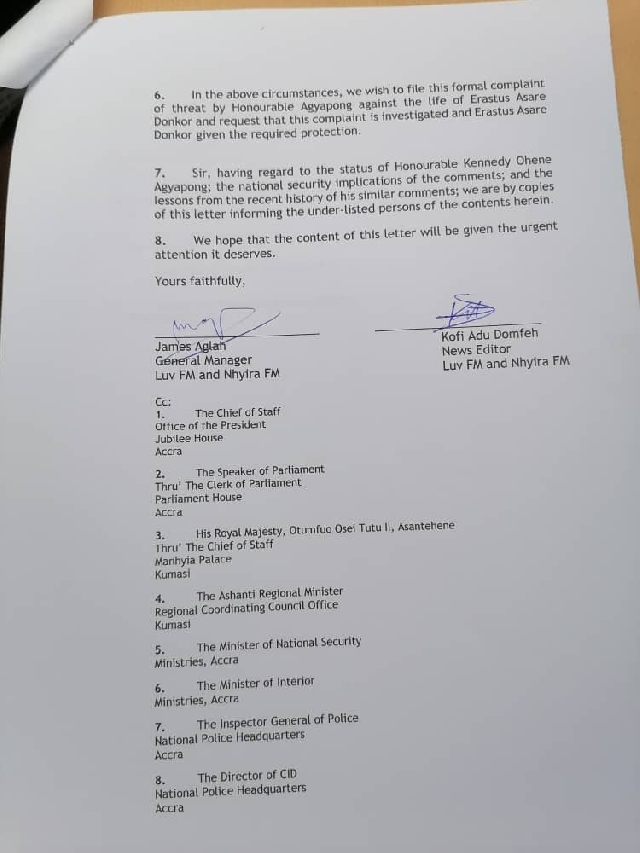 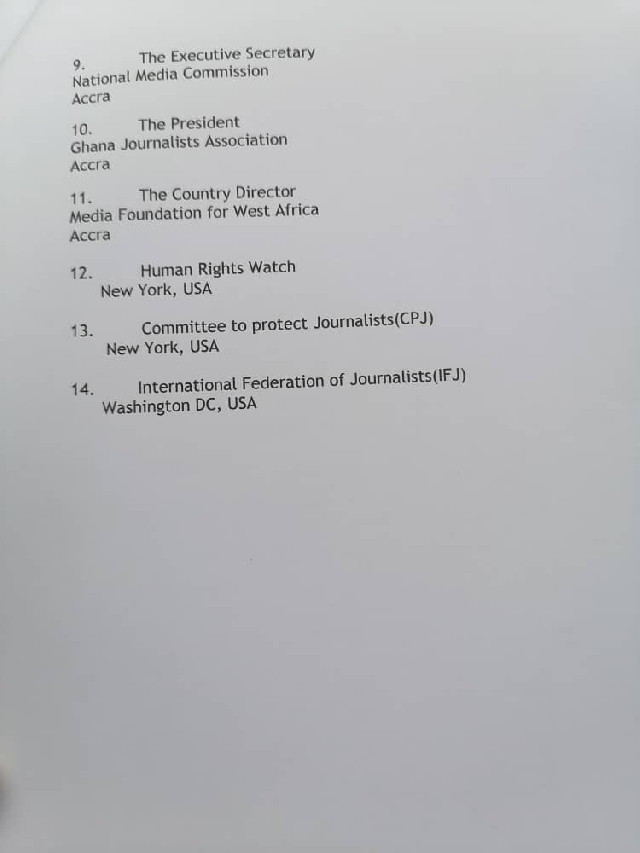 After his death, Tsikata eulogised