Just some few days ago, Mona Gucci and notorious Nigerian blogger, Cuttie Julls; Wildly alleged on their various social media pages that Mr. Maxwell Mensah, has impregnated a big-time Nigerian businesswoman and also cheated on the actress more than a million times.

Just a few hours ago too, the news went rife on the local web that Maxwell Mensah has allegedly threatened to divorce the screen goddess if she fails to resign from UTV because it the interview that she hosts which is gradually soiling the reputation of their family.

Citing from a cryptic message posted on his Instagram page today Maxwell wrote that: “Resentment is like drinking poison and waiting for the other person to die”.

Take a look at the screenshot below to know more 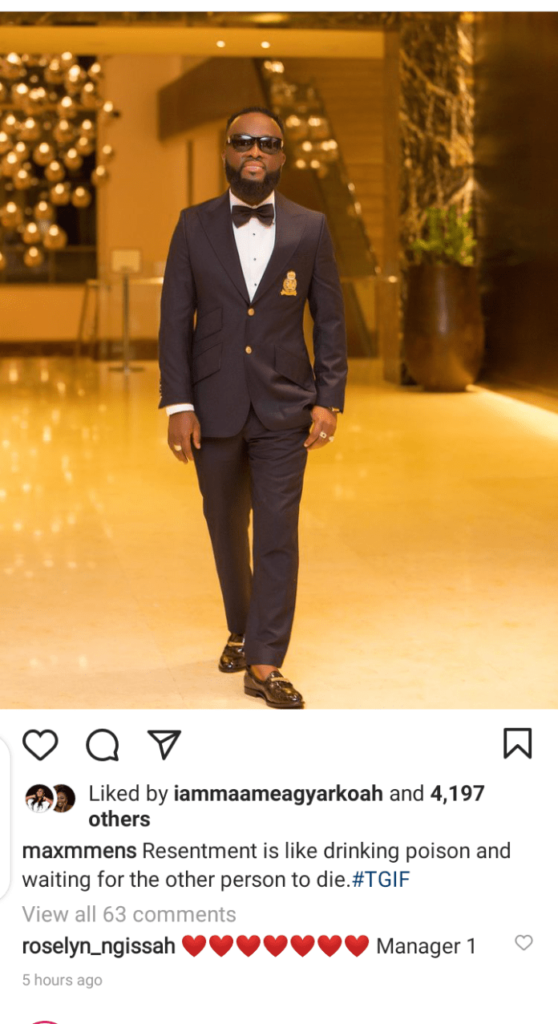 PHOTOS: Ghana set to release it version of Black Panther