Three Ghanaians are seeking to get President Nana Addo Dankwa Akufo-Addo impeached over allegations by one Evelyn Serwaa Broni.

They have thus petitioned Parliament to commence the impeachment process following Serwaa Broni’s allegations that President Akufo-Addo and some of his assigns orchestrated a robbery attack on her, over her supposed threat to expose the President regarding an alleged romantic affair with her.

The trio, Issifu Seidu Kudus Gbeadese, Elikem Kotoko and Stephen Kwabena Attuh held that the petition is well grounded to invoke Article 69 (1) of the 1992 Constitution and warrant an inquiry into the matter and a subsequent impeachment proceeding initiated by Parliament to give effect to the letter and spirit of the Constitution.

According to them, the allegations, if proven to be true, would amount to “human rights abuse, abuse of office, exposing the security of Ghana to external threat…” as well as “…dragging the name of the high office of President into disrepute”.

Also in their petition, they indicated that they draw their motivation for their action from Article 41 (a), (b) and (f) of the 1992 Constitution of the Republic of Ghana to uphold and defend the Constitution.

This is coming after the opposition Members of Parliament hinted of taking legal action against President Nana Addo Dankwa Akufo-Addo.

Read below the petition below: 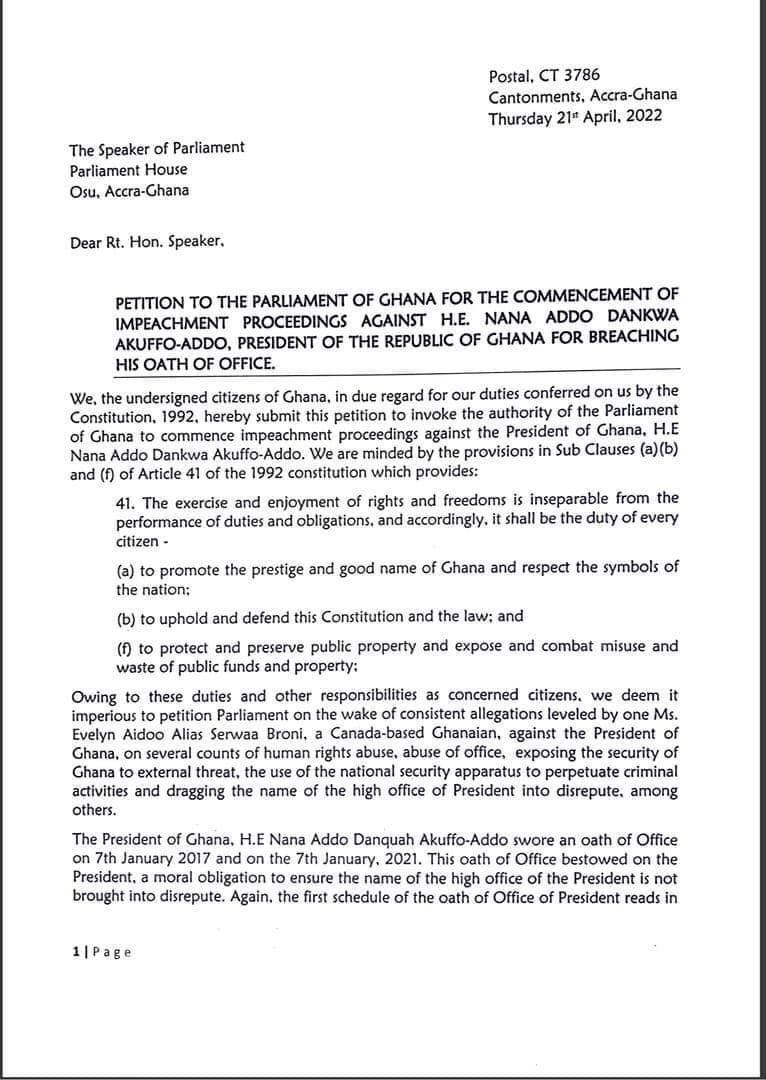 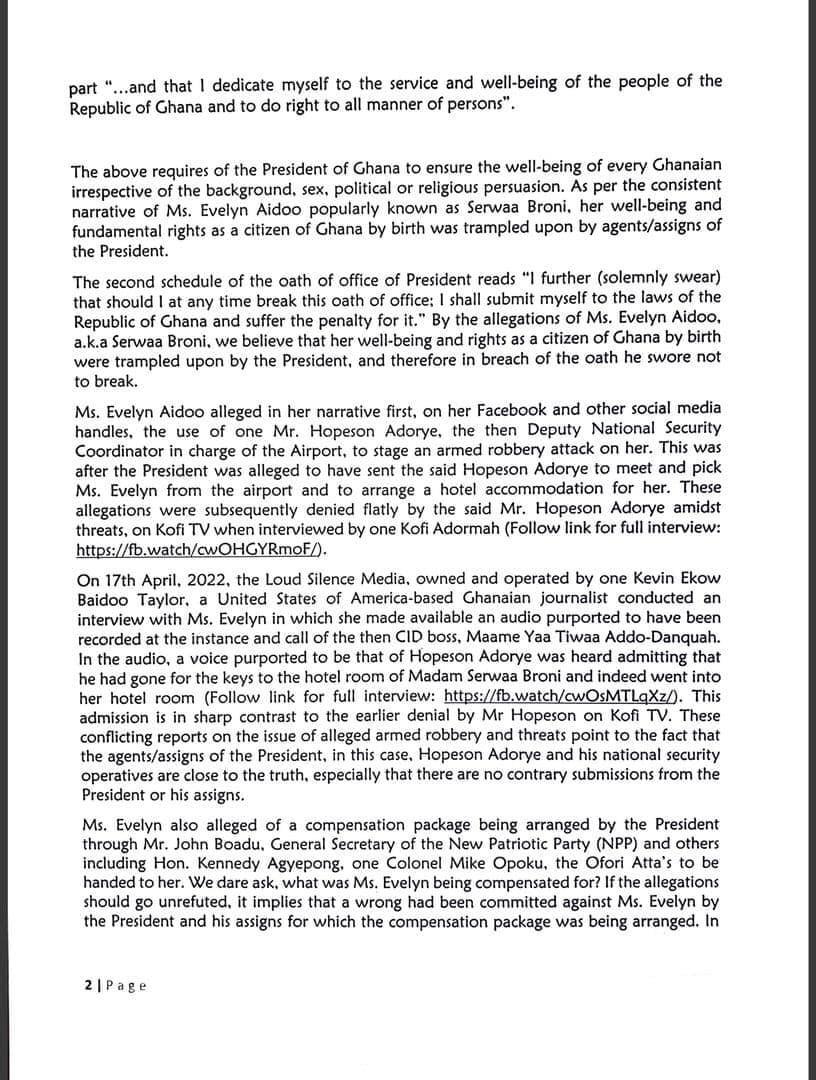 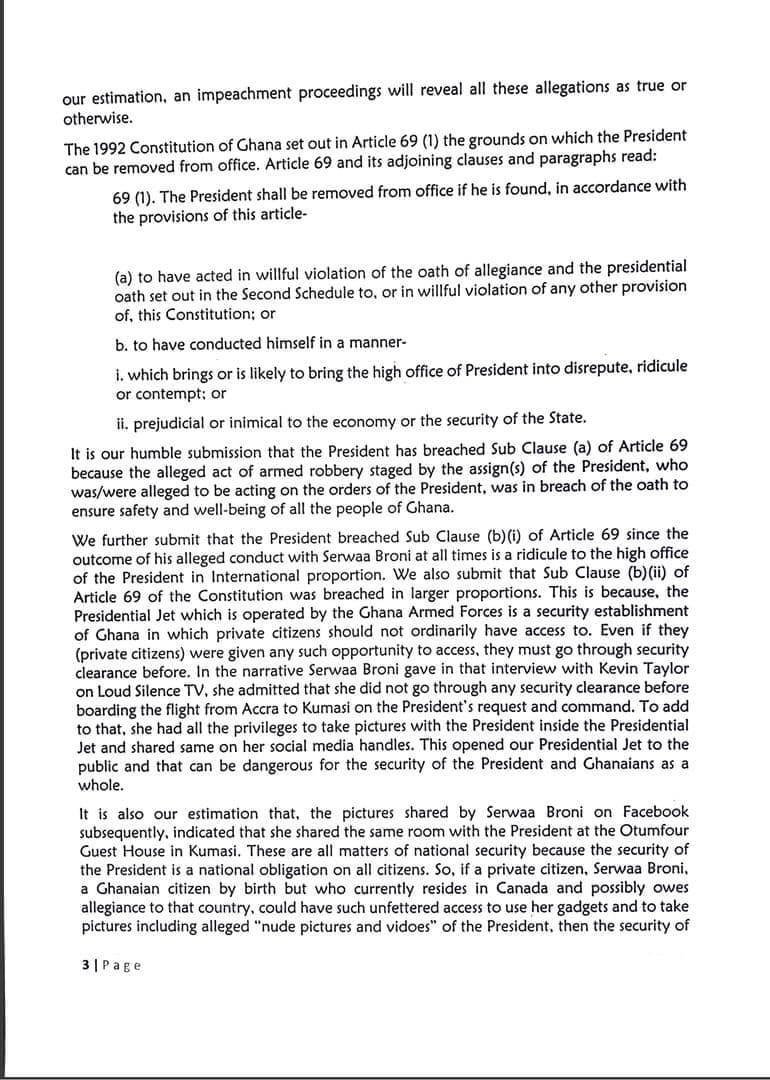 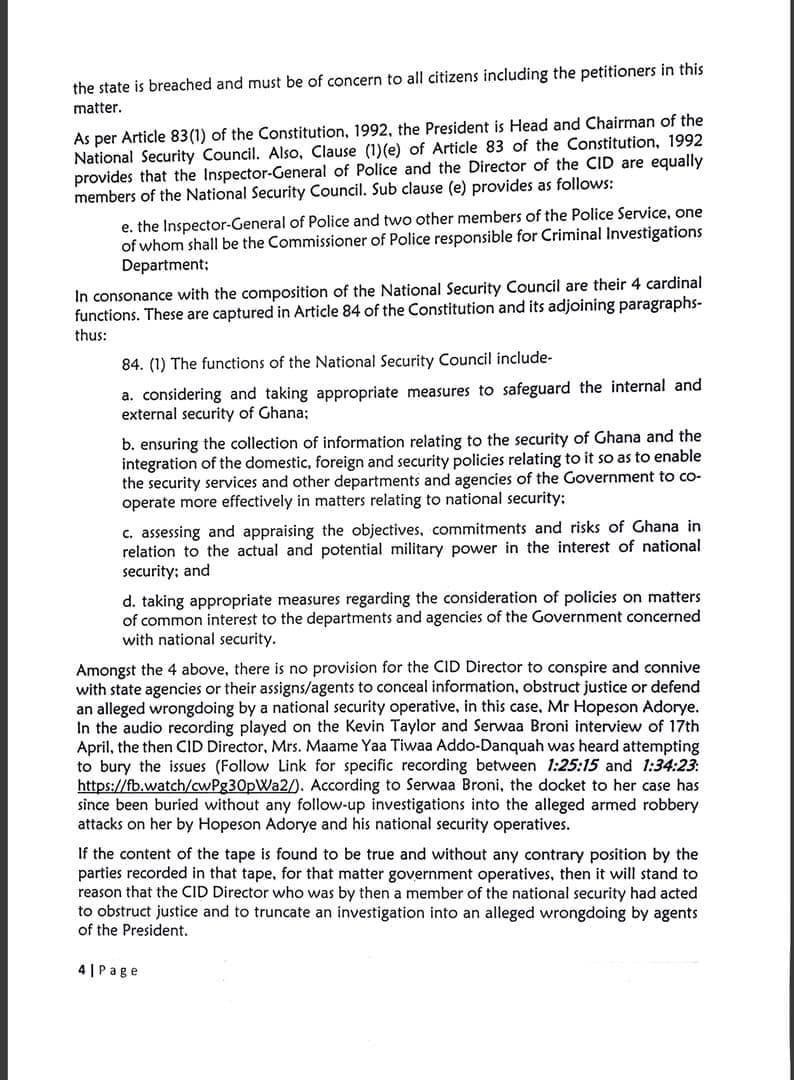 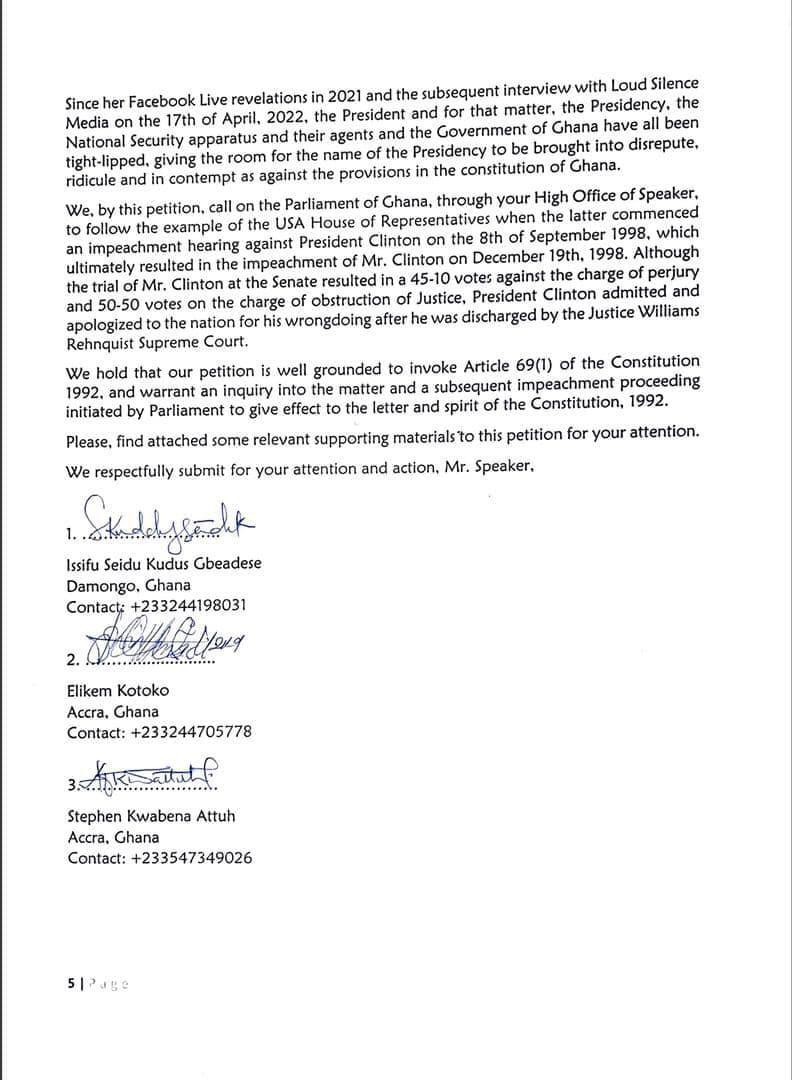