There is escalating tension in the Yilo Krobo Traditional area following a renewed chieftaincy feud.

One person was shot while three others were inflicted with machete wounds.

The victims were rushed to Atua Government Hospital for treatment. Three of the victims have been treated and discharged while the one who was shot in the shoulder has been referred to the Eastern Regional Hospital in Koforidua.

The incident occurred at Okper, one of the six traditional Divisions of Yilo Krobo Paramountcy but polarized due to a chieftaincy dispute.

The latest clash occurred when gun and machete-wielding men stormed the community amidst alleged firing of warning shots in an attempt to enstooled a parallel Queen-mother for Nene Teye Agor IV with the tacit support of the embattled Paramount Chief Nene Nuer Anorbah Sasraku II and one Twum Barimah but were opposed by their rival faction leading to the clashes. 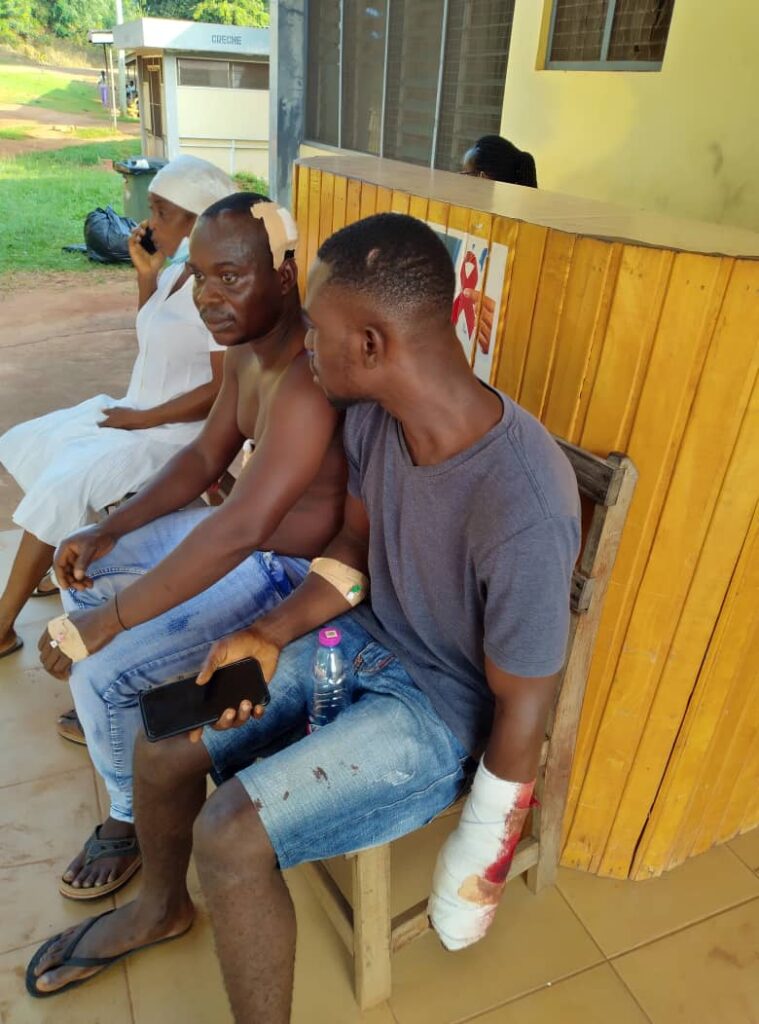 “The thugs wielding Machetes, sticks and other offensive weapons attacked the youth of Okper at Okperpiem and severely shot and beat any person they came across leading to the injury of three persons. The Victims are on admission at the Atua Government Hospital” Nene Odjorpemeh Nanekey Terkpertey Ofori Agor IX ,a Chief of Okper Division.

He added “Yilo Krobo is at the cross-road because non-indigenes and blind people have taken over Yilo. The attack on Okperpiem is an attack on Yilo and Yilo Krobo Citizens must rise up. The time has come for us to salvage our town from greedy and wicked people”.

The petition further said “the political elements and their interference in the chieftaincy matters should cease immediately; Till now, Okper people don’t know any Konor and no one should attempt to rule them until the final declaration is done by the court” .the petition concluded.

The Somanya District Police Commander Superintendent Andrews Anyani told Starr News, the investigation is ongoing. He however called on the two factions to remain calm.