The Military taskforce clamping down on illegal mining on Sunday, May 15, 2021 set fire into eight (8) excavators, a dozer, and dozens of water pumping machines at the mining site of the National Women’s Organizer of the ruling New Patriotic Party (NPP) Kate Gyamfua at Akyem Akropong in Atewa West District.

The Dozer was being used for reclamation but was not spared by the military task force. The military task force spent about two hours at the mining site as they started receiving calls from various quarters but eventually burnt the machines and allegedly beat some of the workers.

They also seized pump actions guns being used to provide security at the site.

A worker at the mining site told Starr News “We were here when we saw the military storm the site. We took them around and told them we are legal small-scale mining that the site belongs to NPP National Women’s Organizer Kate Gyamfua. We showed them how we are mining using recycle water without disturbing the river. But they didn’t listen they have burnt the excavators. I am so worried that they can do this to a whole Kate Gyamfua”. 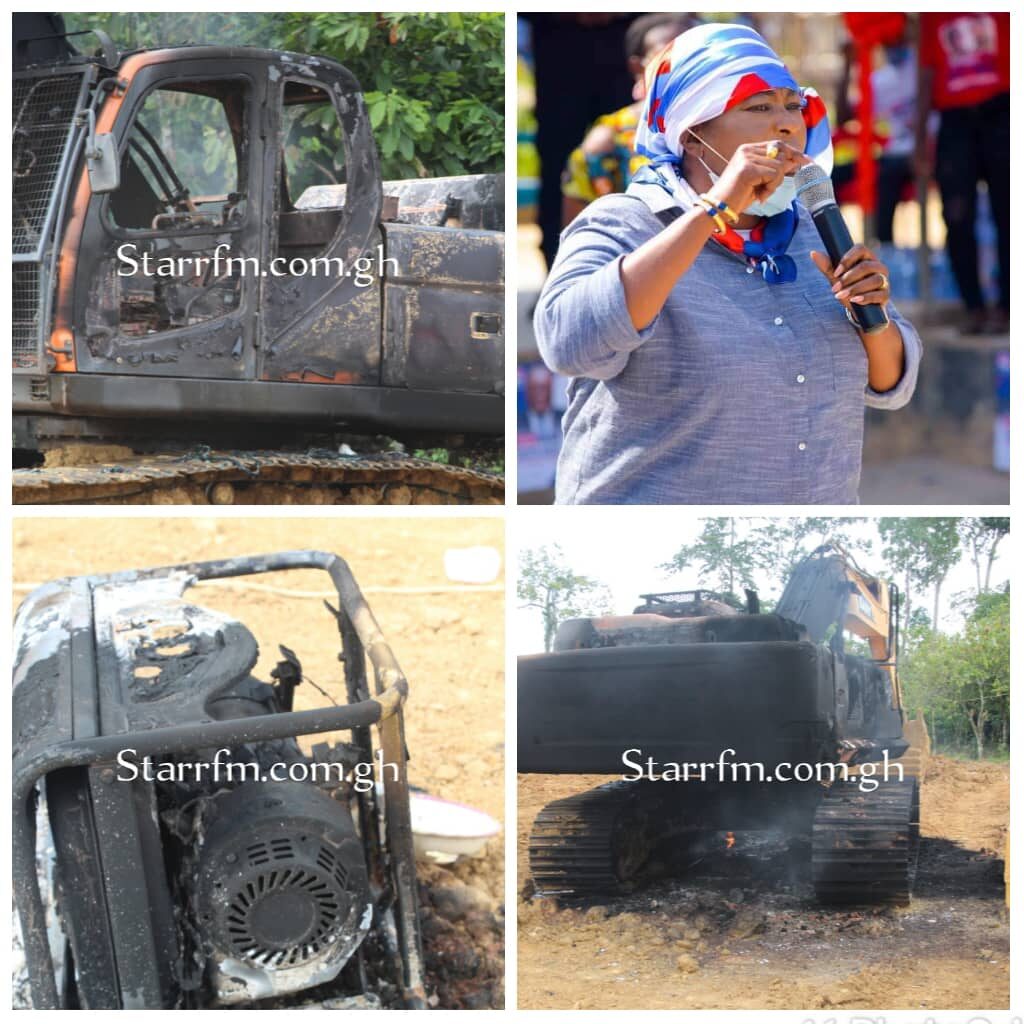 He added “this is not galamsey site. We use our dam to wash the gold. They burnt 8 excavators, a dozer here, and about 20 pumping machines. The excavators include four brand new ones. Kate Gyamfua supported the NPP Party with huge amounts so why treat her like this. We have nothing to tell Nana Addo”

A total of twenty (20) excavators and dozens of water pumping machines were reportedly torched during the operation today in the mining enclave.

At Akyem Larbikrom for instance, two excavators belonging to a small scale miner were also set on fire by the military

A Spokesperson for the Small Scale Miners in Eastern Region Huseini Suronim condemned the action of the military. He said the affected mining sites are not illegal mining but licensed small-scale mining firms.

He said the burning of the excavators is not the panacea to the problem therefore more sustainable method must be adopted.

According to him, the effect of burning the excavators is dire on the miners and the economy.

“one excavator cost about $120,000 so you can imagine the implications it is going to have on the affected persons. Burning of the excavators is not right and must be condemned”.

Do you see your real size? – Kennedy Agyapong’s boy to Asante-Appeatu as judge recuses himself

Court issues bench warrant to arrest NAM 1 and 2 others