It was all tight up as Manchester United faced Villareal in the Europa League final.

What started as fun turn out to be dramatic as Villareal pulled a surprise first when leave the entire Man U fans unhappy.

The game ended one nill in favor of Manchester United a game that many think was for United as they dominate possession in the entire play.

Well, in the second half things turn out to be better as United mount the pressure on Villareal to level the store line, and just after the goal United was all over the pitch dominating possession once again.

The pressure got high up when the game was sent to extra time with Manchester United still having the upper hand but couldn’t take their chances sending the game to penalties.

De Gea misses out on his penalty sending Villareal home with the trophy.

Check out Sad reactions from Man U players as they lose the Europa League final. 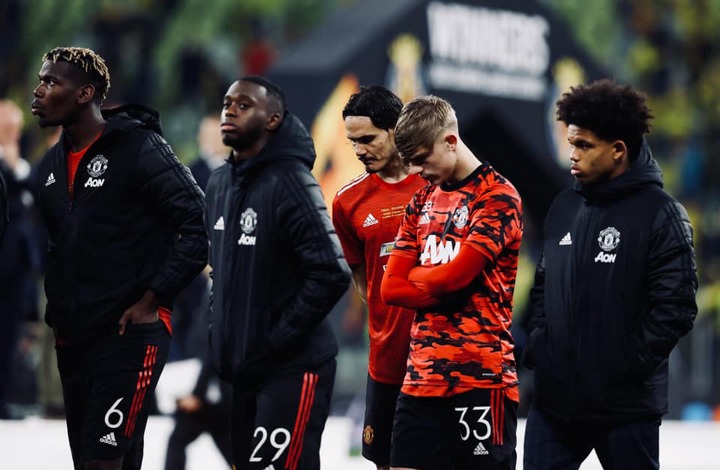