The Bolt driver, who was beheaded at Feyiase in the Ashanti Region, has been laid to rest.

A funeral service was held for Israel Agyei Manu, who was also headteacher at Rogel Montessori & Basic School at Atonsu, at Gyinaase on Sunday, July 18.

Israel Agyei Manu, who was initially reported to be an Uber driver, was gruesomely murdered exactly two weeks ago a few minutes after visiting his fiancee at Feyiase.

His decapitated body was found in an uncompleted building at Feyiase New Site.

So far, three suspects have been picked up.

Prime suspect Rashid Ibrahim, who has admitted to the murder, took the police to the crime scene.

He claims a ritualist he watched on television on Amansan TV asked for a human head to make him rich.

Their spokesperson, Isaac Boateng, said if security measures are not improved, the murder of the colleague will spark positive defiance.

The family said they have no confidence in the manner in which the police are handling the case.

Uncle of the deceased, Owusu Ansah, is worried the state of insecurity in the country breeds no hope. 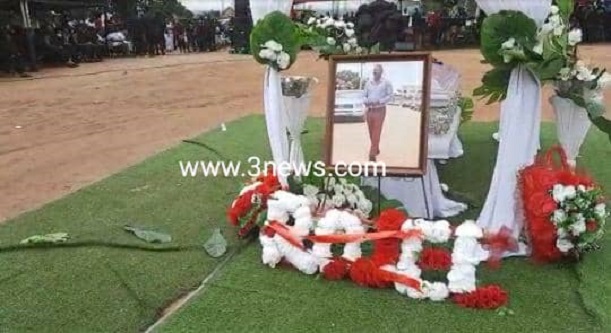