They also arrested two more men believed to have been involved in the killing of Jovenel Moïse, reports claim.

Police chief Leon Charles said the suspected assassins were killed by officers and two others were arrested during an apparent hostage-taking situation, NPR reports.

One high-ranking Haitian government official said: “These were mercenaries”.

A video had emerged showing a series of cars rolling towards Jovenel Moïse’s house as other armed gang members follow on foot.

In the video, the gunmen allegedly posing as US Drug Enforcement Administration (DEA) agents are seen storming the politician’s home in the capital of Port-au-Prince before he was shot dead in front of his wife at 1am on Wednesday, July 7. 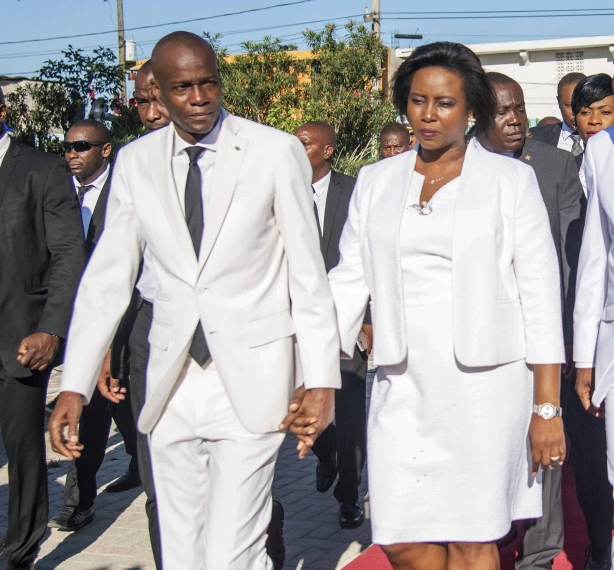 The First Lady, Martine Moïse, is fighting for her life after being shot multiple times in the attack.

The 47-year-old has since been flown to Florida and taken to Baptist Hospital in Miami for treatment, where she is in a stable but critical condition.

Update: Police officers in viral video harrassing a female suspect have been arrested

Nurse hacks his wife and two children to death

I had sex with her consent – Headmaster arrested for rape of pupil, 10