A notorious serial rapist, Malibongwe Ncokolo has been sentenced to 7 life terms and 300 years imprisonment by the Bisho High Court in Eastern Cape, South Africa on Friday, November 6.

44-year-old Ncokolo, whose arrest on 07 June 2017 signaled an end of the reign of terror for many girls and women in Mdantsane,  is alleged to have been responsible for repeated rape onslaught with impunity from 2014 until his arrest in 2017.

His arrest came after he had attempted to rape a 14-year-old girl on 6 June 2020. Much to his surprise, the strong and brave young woman managed to kick him with both feet on his chest and he rolled down a steep incline. The young girl managed to run and call for help.

The suspect was chased by a group of community members but managed to escape. A day after his lucky escape, he was apprehended by community members at his home. The police came just in time and arrested him. His buccal sample was taken and sent to Cape Town laboratory and he was linked to several rape cases around Mdantsane area.

His trial commenced in September 2020 with 140 witnesses and 22 victims and rape survivors. Despite the overwhelming evidence presented against him, he still pleaded not guilty.

Twelve of the 22 survivors are minors aged between 9 and 15. It is alleged that he monitored their movements from home to school and back from the local car wash where he was employed. He would then prey on them while they were passing a bushy uninhabited area on their way to school.

He was charged for 41 counts as follows;

Judge Belinda Stretcher who was presiding over the trial sentenced Nokolo on 3 November 2020 at Bisho High court as follows:-

A statement issued by the Office of the Provincial Commissioner Eastern Cape said the police detective’s good cooperation with prosecution and the courts resulted in the excellent arrest, successful conviction, and sentencing by the judge.

WO Phumelele Tile attached to Mdantsane SAPS detectives was responsible for the investigation of three murder cases. Tile is an experienced detective with over 25 year’s investigation in the murder and robbery environment. He was nominated as a detective of the year in 2018.

“Both detectives’ co-operation and sterling work resulted in the successful prosecution of the accused. The courts undoubtedly convicted and sentenced the accused on the basis of sufficient evidence and quality investigation as well as a great team effort between the high court and prosecution,” he added.

The sentence will go down as one of the landmark sentences for one person in the province. 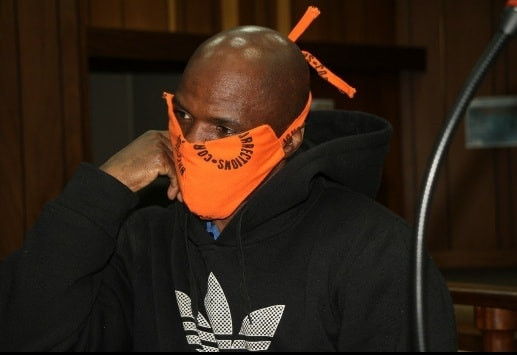