The National Peace Council (NPC) is seriously pointing at existing internal conflicts in Ghana as loopholes through which violent extremists can march into the country to wreak havoc.

The warning, delivered during a peace-building training meeting in the Upper East Region, comes weeks after a terrorist attack claimed at least 160 lives in next-door Burkina Faso.

The NPC’s Upper East Regional Chairman, Alhaji Sumaila Issaka, says Ghana must rise to the occasion to avoid the fate that awaits the person who goes to sleep on a haystack that hangs dangerously over a lit candle.

“The Council has been engaged in tackling internal conflicts which border on land, chieftaincy, political, identity and religious issues. We believe that these internal conflicts can serve as levers for violent extremism. Extremists are known to have exploited existing cleavages to stoke local conflicts and eventually gain root in communities to advance their extremist ideologies. This has happened in our neighbouring Sahelian countries like Mali and Burkina Faso. 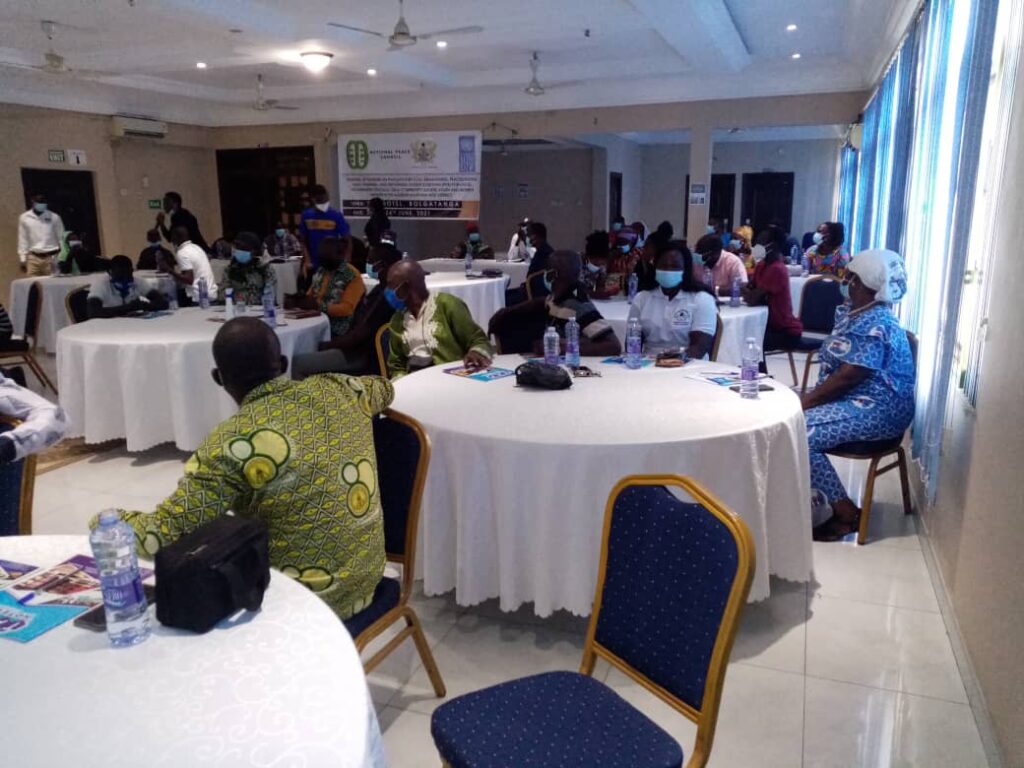 “Before 2015, Burkina Faso had never experienced any serious extremist activity. However, in three successive years— 2016, 2017 and 2018— that country suffered some of the worst terrorist attacks in West Africa. And just this month— June 2021— the country suffered its worst attack. From Mali they have now deepened their roots in Burkina Faso and so we know they have the ability to enter Ghana if we do nothing,” he stated in Bolgatanga, one of the Ghanaian capital towns cited recently in a police wireless message as fresh targets for cross-border attacks by foreign bandits armed with military-grade weapons.

The main objective of the engagement, according to the NPC’s Upper East Regional Executive Secretary, Ali Anankpieng, was to create “a security-conscious and risk-aware culture” particularly among residents of border districts in the region.

“The specific objectives were to facilitate participants’ understanding of the concept of peace-building and conflict prevention, to create awareness of risks and vulnerabilities associated with participants’ location as a border district or community, to facilitate participants’ appreciation of the conditions conducive to the spread of terrorism with a focus on preventing violent extremism and to help participants understand the early warning signs and ways of handling or reporting them for the appropriate response,” added the Regional Executive Secretary.

In a speech delivered via zoom at the event, the UNDP’s Resident Representative in Ghana, Dr Angela Lusigi, hailed Ghana as a “beacon of peace” in Africa. She, on the other hand, noted that peace had come under a number of threats.

“Ghana is a beacon of peace in the Sub-Region and in Africa. This has contributed to strengthening democratic and development gains. However, peace is now under threat from rising land and chieftaincy conflicts, violent crime driven by small arms proliferation and the increasing cases of political vigilantism.

“In addition, border communities are vulnerable to conflict spillovers from neighbouring countries. We are witnessing increased acts of crime, insecurity and violent extremism in our sub-region and border communities are at higher risk. A couple of weeks ago, we heard of the mass killing of community members in the northern part of Burkina Faso by extremist groups. Since 2019, areas along the northern parts of Ghana have experienced at different times the influx of asylum seekers from neighbouring countries due to the violence,” Dr Lusigi remarked.

The Upper East Regional Minister, Stephen Yakubu, urged participants in a speech read on his behalf by a Deputy Director in charge of Administration at the Upper East Regional Coordinating Council, Alhaji Ibrahim Habila, to put the knowledge and skills acquired at the workshop to good use by reaching out to people at various places to sensitise and educate them about violent extremism.

I was tortured by security officials while under detention – Barker-Vormawor