During the rally, the Billionaire rapper gave a passionate speech and broke down in tears while speaking about abortion as he recalled how his parents considered aborting him.

“My dad wanted to abort me. My mum saved my life. There would’ve been no Kanye West because my dad was too busy,” West said, bursting into tears.

He also recalled a moment in his life when he and his wife, Kim Kardashian West learned they were expecting their first child together, North West, and they both contemplated abortion. 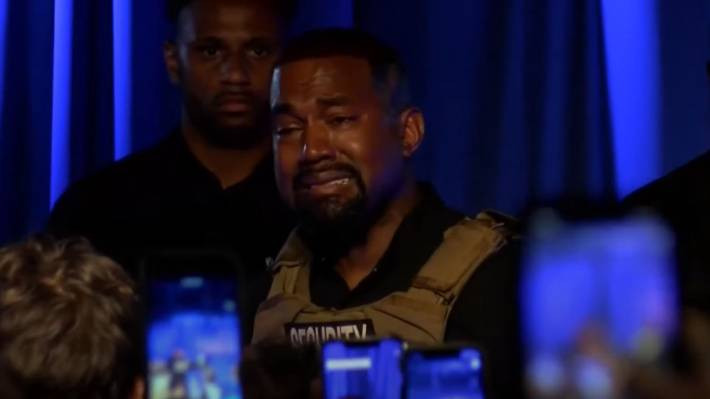 “I almost killed my daughter,” said West as he sobbed.

“In the bible it says thou shalt not kill,” he began to describe. “I remember when my girlfriend [at the time] called me screaming and crying… . And I just thought to myself, ‘Please don’t tell me I gave Kim Kardashian AIDS.'”

Adding, “And for one month, and two months and three months, we talked about her not having this child.”

The 43-year-old explained that, at that point, Kim “had pills in her hand.” He said, “You know, these pills you take it and it’s a wrap—the baby is gone.”

According to the West,  he and Kim both had a revelation and they decided to keep the child.

“I said, ‘We are going to have this child.’ I know people who are 50 years old who don’t have a child,” Kanye expressed, getting emotional. “So even if my wife were to divorce me after this speech, she brought North into the world, even when I didn’t want to.”

“She stood up and she protected that child,” he added with tears streaming down his face. 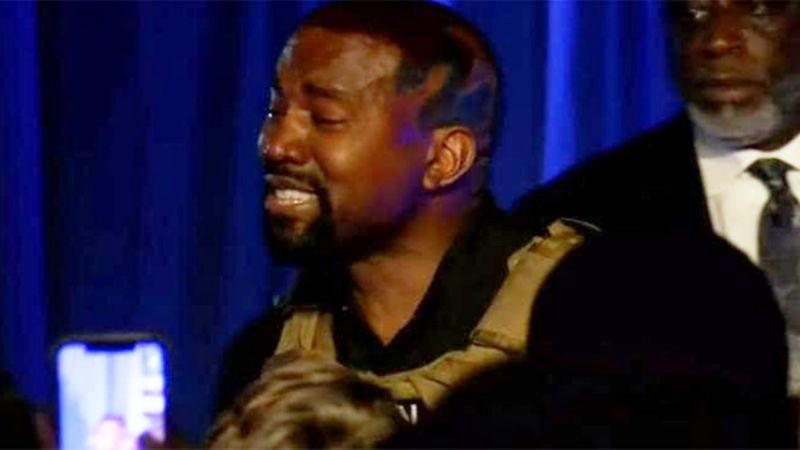 West also drew anger from the crowd when he made a controversial statement about Harriet Tubman, the anti-slavery activist who made 13 missions rescuing around 70 slaves.

He said: “Harriet Tubman never actually freed the slaves, she just had the slaves go work for other white people.”

The crowd reacted to his remarks with an awkward silence before a voice was heard saying “we’re leaving right now.”

Kanye West is running as a presidential candidate under his independent ‘Birthday Party.’

Watch the video below.