The mother of an eight-year-old boy whose feet have been amputated has called on the general public for support to enable her son to walk on his feet again.

Wahidu Mohammed, as he is known, has been crawling on his knees since he was one-and-half years old.

His mother, Amida Mohammed together with his teachers are therefore pleading with well-wishers to help by either getting him a wheelchair or prosthetic legs to enable him to walk upright.

Wahidu, who is currently in kindergarten 1, started school late because of his condition, the same reason his father, Iddrisu Muntaru abandoned him at a tender age.

According to madam Amida, Wahidu’s condition started three days after being transfused with blood at a medical facility in Techiman when he was just 18 months old.

“One evening my uncle called to complain about how Wahidu was breathing. We took him to a health center but they could not help so we went to the Holy Family Hospital at Techiman. We were told he needed a blood transfusion.”

She said they were later referred to the Komfo Anokye Teaching Hospital in Kumasi, where his feet were amputated after the transfusion failed.

“My uncle’s blood type matched his, but they could not do the transfusion that night with his blood. So, they used a sample they had. On the third day, I realized my son’s feet were looking burnt.

“The next day, his hands also started looking the same. We were referred to the Komfo Anokye Teaching Hospital where his feet were amputated.”

After persistent encouragement, Wahidu’s mother enrolled him at the Dodi-Papase Roman Catholic kindergarten in the Kadjebi District.

Unlike his mates, Wahidu either crawls to school every day or his mother carries him whenever she is available to do so.

Teachers in his school say it is pathetic to see him crawl home after school especially on a sunny day.

“When I see him crawling on his knees, I feel pity for him. This is very bad. There are times he would close from school and when the sun is very hot, you see blood oozing from his knees. It is a very difficult and pathetic issue. I think he deserves help from any well-meaning Ghanaian,” One of the teachers said.

“The boy’s situation is very bad. We informed the district assembly to come to his aid but we are not hearing anything. We are appealing to NGOs and old students of the school to come and help the boy,” Another teacher added.

Wahidu says he wants to become a Police Officer when he grows up but that hinges on the support he gets now. 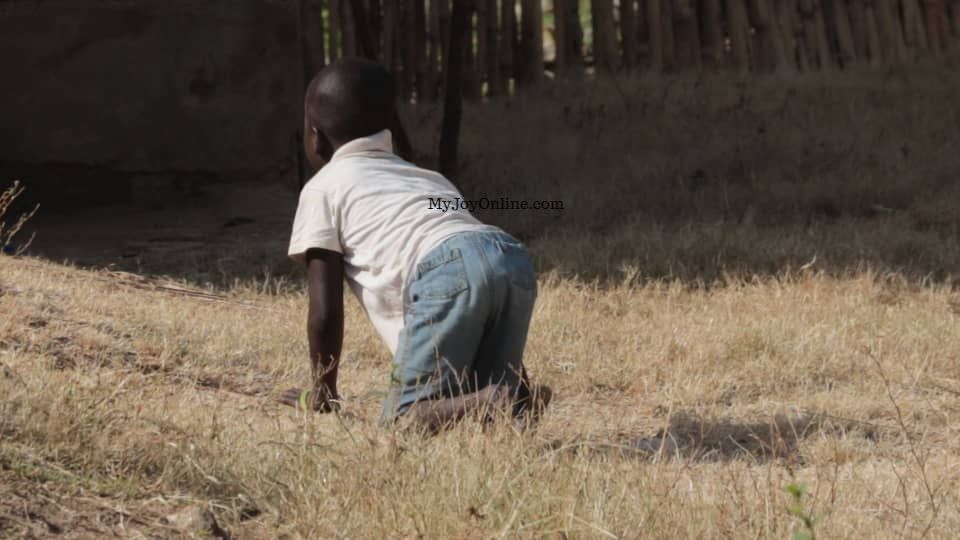 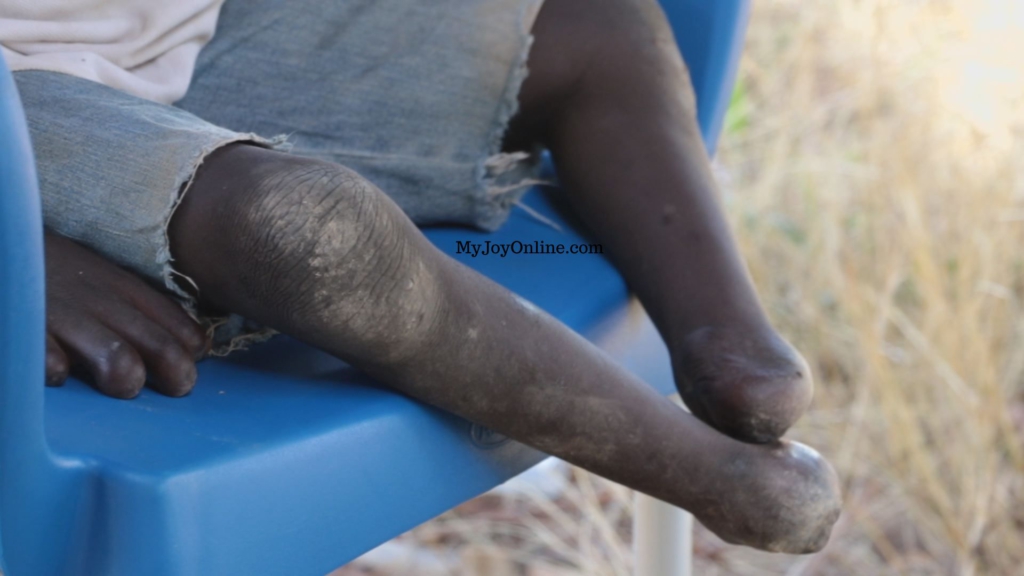 Kumasi: Drama as husband attacks man with cutlass for sleeping with his wife (VIDEO)