Hundreds of angry miners have vowed not to leave the concession of the Ghana Rubber Estate Limited (GREL) near Adiewoso in the Western Region.

The miners openly resisted moves by uniformed personnel in the Operation Vanguard team to forcefully eject them from the concession.

According to them, they are operating legal community mines and will not leave the site, swearing not to end their operations there since that is their only source of livelihood. 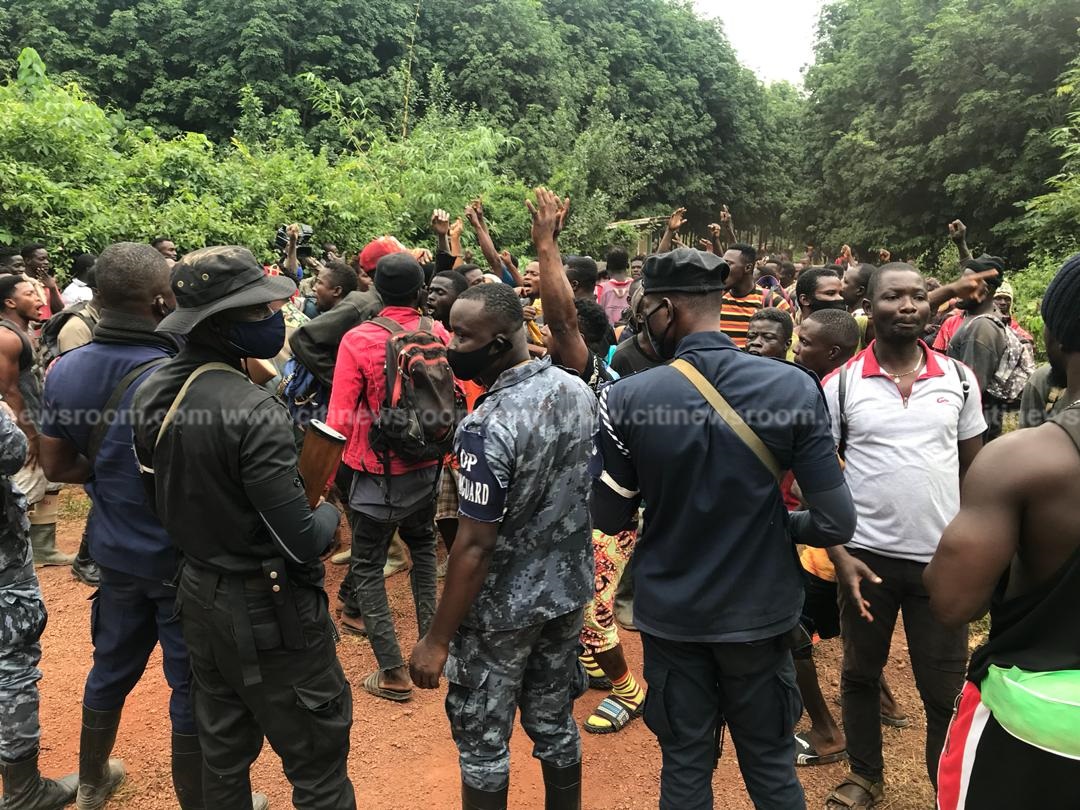 Superintendent Douglas Kumi, the officer commanding for Operation Vanguard in the Western Region said their intention was to invite the leadership of the miners to engage with them on their operations and ascertain if their activities were legal.

He said they are disappointed in the leadership over their inability to control the miners in their conduct hence the security personnel will go back to their station, reorganize themselves and return to the site.

“Looking at the numbers and the situation, we will withdraw and get organized again.” 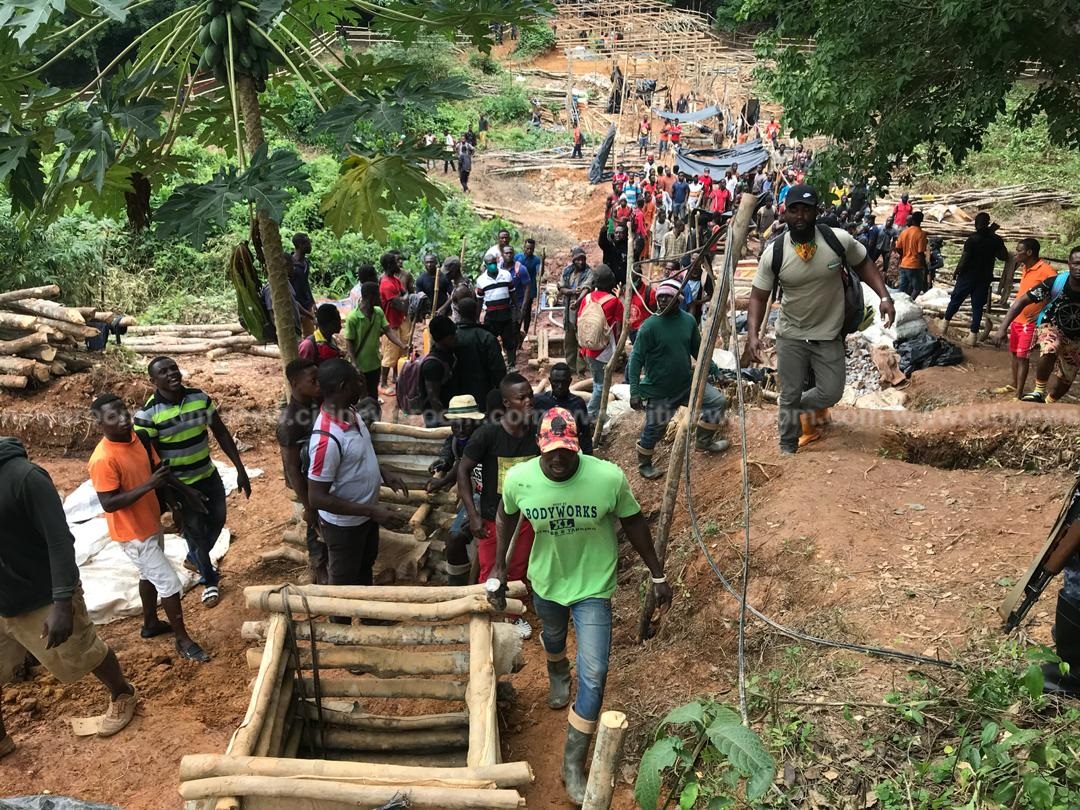 “We cannot arrest all the people and therefore we have also not inspected their documents to know whether what they are doing is legal or illegal. We came with the intention of taking the leadership, sit down with them and know their background… But the leadership has proven to me this morning that they will not be able to control the people and if that is so, as police we will go back and reorganize,” he said.

One of the miners who spoke to Citi News said their operations are not illegal.

“This is the community mining project for Ahanta West. This morning, police came here to drive us away. We are not doing this without permission. Look at the number of people doing this work, this is not illegal, we are not thieves. The government paid for our education at the University for Mines and Technology (UMAT) and opened this community mining project for us. Our chiefs engaged the government for us to begin this project. We’ve done nothing wrong,” he said.

The Ghana Rubber Estates Limited, GREL, last week lamented over the illegal occupation of its lands by what it said was politically induced galamsey.

The company said the development threatens their investment of about £550,000.

The natural rubber producers who in 2018 with the support of the One-District-One-Factory begun expansion of its production by 25,000 tons per annum.

“The forcible take-over of GREL lands by several communities for Galamsey activities is an act of illegality that has to be condemned and the instigators or perpetrators brought to book. This illegal invasion of GREL lands will certainly affect directly the raw material base needed for the two factories and also defeats the purpose of the support GREL had from the One District One Factory Initiative for the construction of the 1st Phase of its new rubber processing factory,” the company said in a statement.