Friday, June 19 was celebrated as World Sickle Cell Awareness Day. An annual celebration the world over to spread awareness about sickle cell disease.

Attention is also brought on preventive measures and what families and caregivers go through tin caring for people with this genetic health condition the world over.

The main protein that transports oxygen in the red blood cells is called hemoglobin. The hemoglobin, a specialized protein, is a paired protein with each pair inherited from each parent.

Sickle Cell Disease is an inherited disorder in which one inherits two abnormal hemoglobins, one from each parent, one of which must be the hemoglobin S type.

The underlying abnormality is that in sickle cell disease, the red blood cells (RBC’s) are abnormally shaped. The cells change from the normal round, doughnut shape to the elongated shape of a sickle, or letter “C.”

Sickled cells become stiff and pointed, unlike normal RBC’s which move easily through small blood vessels. The sickle shape predisposes them to have a tendency to get stuck in narrow blood vessels and block the flow of blood.

This can cause severe pain and lead to organ damage because the cells are not getting enough oxygen.

Sickled red blood cells have a shorter-than-normal lifespan, which leads to a low red blood cell count called anemia. Normal red blood cells can live up to approximately 120 days, whereas abnormal sickled cells live for only 10 to 20 days.

When one parent carries the trait and the other actually has the disease, the odds increase to 50% that a child born to them will inherit the disease. 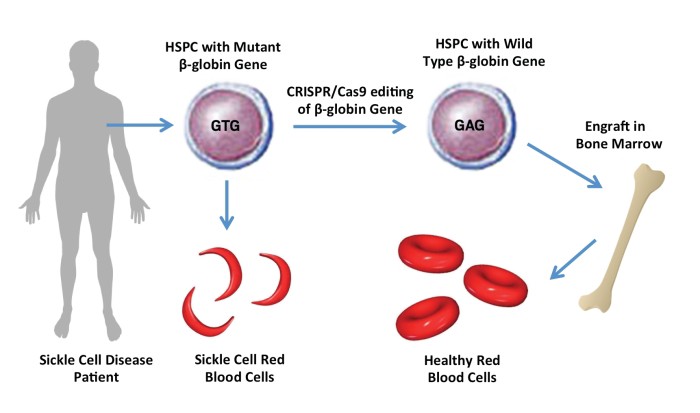 Symptoms of sickle cell disease can vary and range from mild to severe. The symptoms also vary depending on whether the abnormal hemoglobin combination is SS, SC, or the other types. Those with SS combinations tend to have the more severe manifestation of the disease compared to the SC.

Most children with sickle cell disease have anemia and may develop one or more of the following conditions and symptoms as part of the disorder:

•  Aplastic crisis – Bone marrow temporarily slows its production of RBC’s due to infection.

•  Hand-foot syndrome (dactylitis) – Painful swelling of the hands and feet below 2 years of age.

•  Infection – People with sickle cell anemia are at an increased risk for certain bacterial infections. 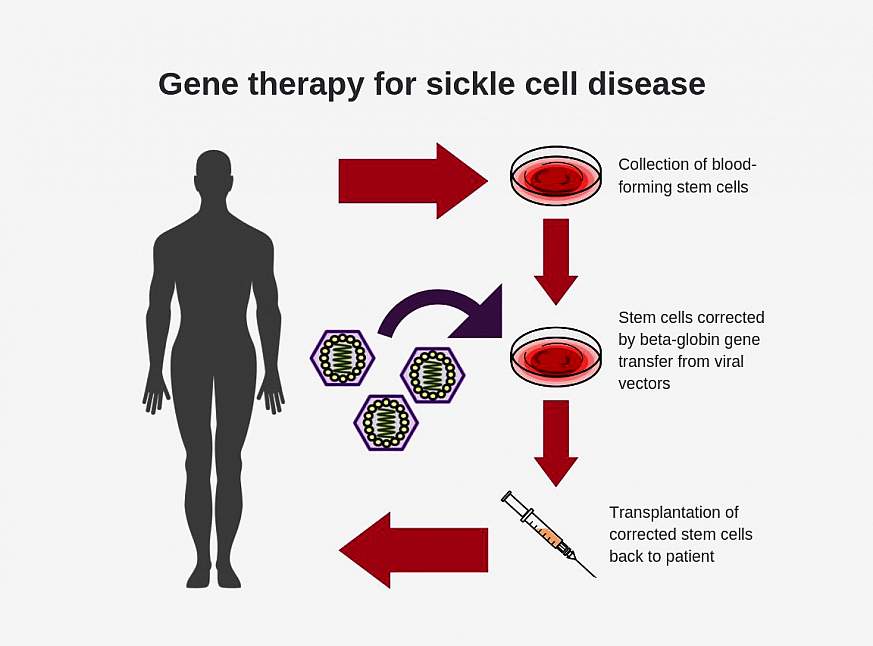 •  Painful crises – Pain can occur in any part of the body and may be caused by cold or dehydration or stress.

•  Splenic sequestration crises – The spleen becomes enlarged by trapping the abnormal RBC’s. This leads to fewer cells in the general circulation and worsens the anemia with sometimes fatal consequences.

•  Stroke – Poor blood blow can occur in the brain when sickle cells block small blood vessels. This may lead to stroke.

•  Other possible complications can include leg ulcers, bone, and joint damage, gallstones, kidney damage, painful prolonged erections in males (priapism), eye damage, and delayed growth.
Besides a bone marrow transplant, there is no known cure for sickle cell disease. Transplants can become a complicated procedure and currently in its infantile stage in Ghana.

However, even after bone marrow transplant the disease may be cured in the individual but it can still be transmitted to his/her children as the defect is locked on the genes.

Even without a cure, people with sickle cell disease can lead very normal lives. Certain types of medication can be taken to help manage the pain, and immunizations given to prevent infections.

People with SCD should also drink plenty of fluids to avoid dehydration and get plenty of rest.

Perhaps the single most important measure is educating the populace about knowing their sickle cell status whilst in school before they start developing feelings for the opposite sex.

Over 142,000 Persons Living with HIV do not know their status – Ghana Aids Commission