A young man identified simply as Charlie has reportedly drowned a day after he shared a Facebook post about death.

The deceased, a resident of Abuja, on March 23, shared one Ydk Meera’s post in which she talked about how everyone will claim to be her friend when she dies.

“When I die everybody gonna swear they were my dawg ! But who fwm rn?” Ydk Meera wrote.

“Swrs they gon be onG and shii. Mfs” he wrote. 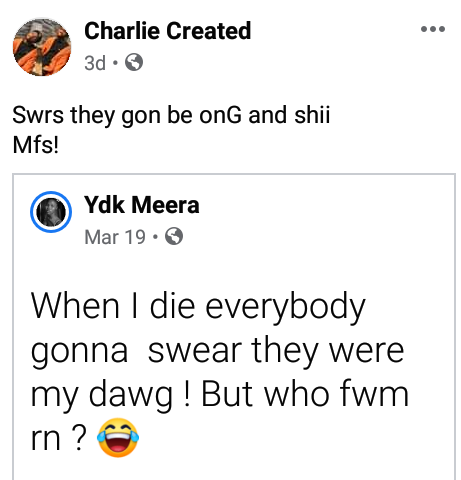 That was his last post as he died the following day. 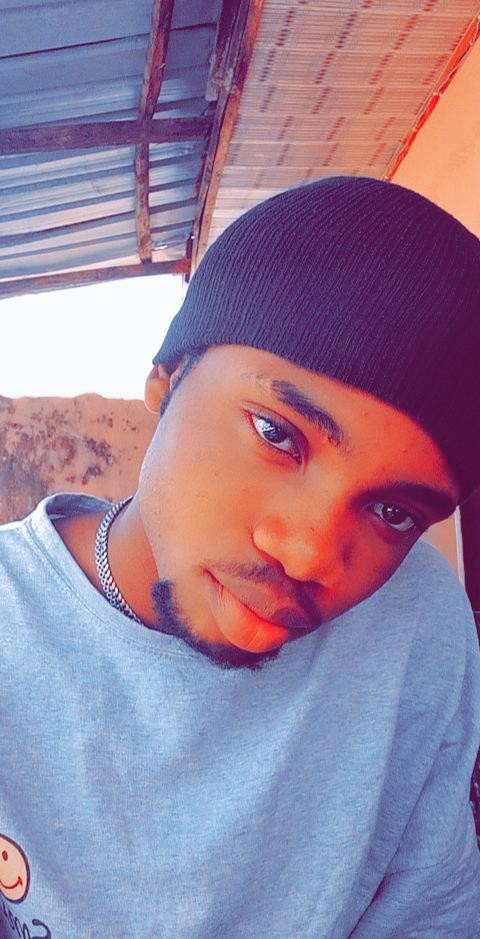 One of his friends, Cla Rita, who confirmed the incident, said that the deceased was brought out of the pool unconscious and rushed to the hospital where he died.

“He’s been buried. He didn’t die after they found him. It was when he went to the hospital. The doctor didn’t give immediate response to his health.” she said.

Rita further said that his death is suspicious as he was a good swimmer.

“For me I think someone pushed him or something. Charlie knows how to swim very well. It’s just too suspicious.” she added. 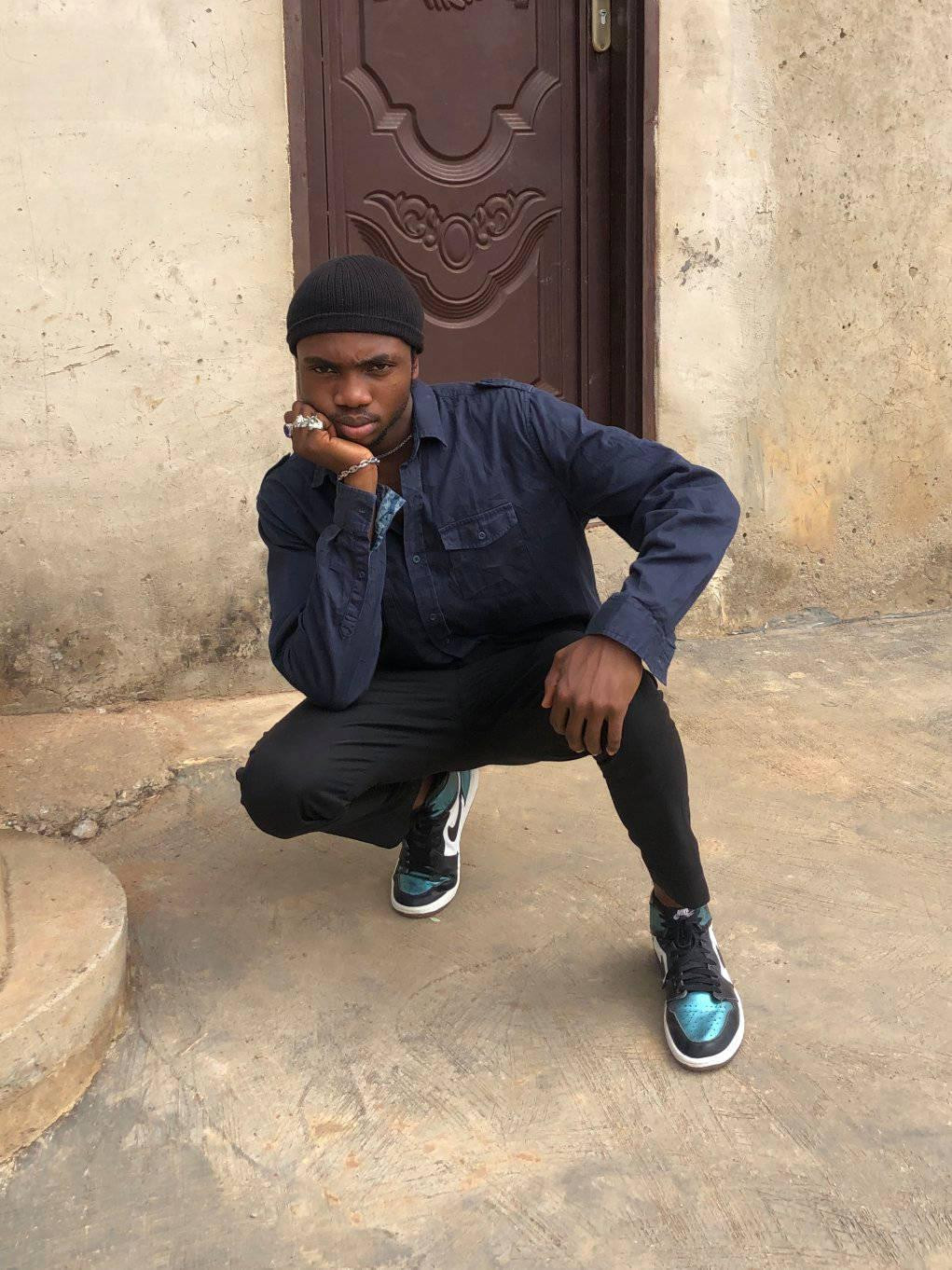 See comments by friends of the deceased below… 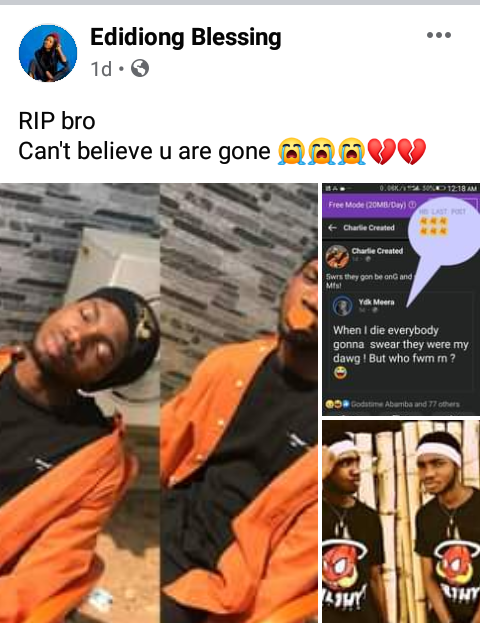 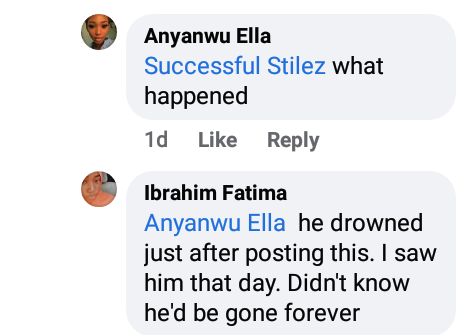 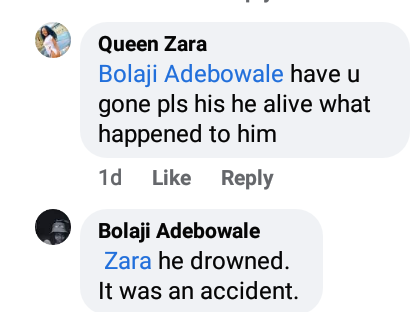 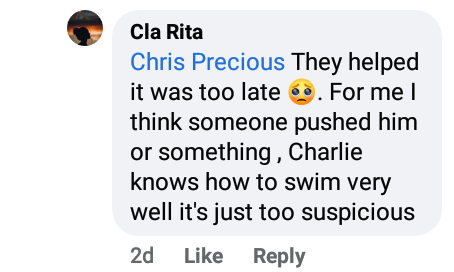 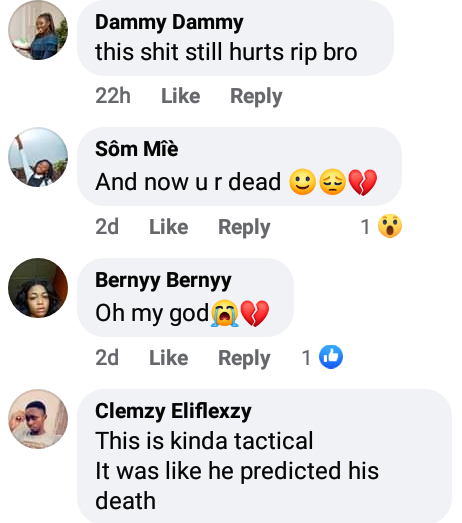 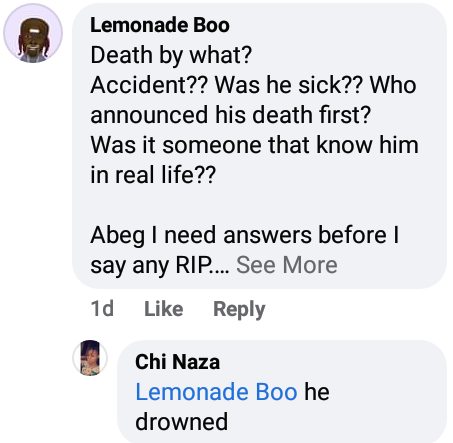 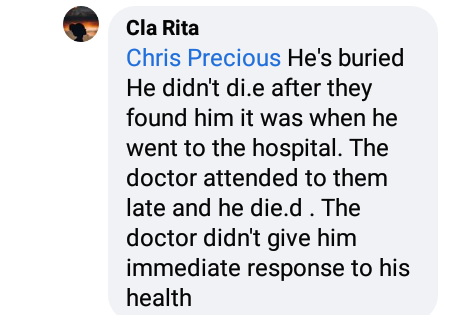 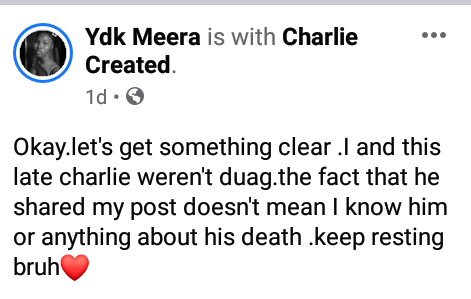 E/R: One injured in a near-fatal accident on Akyem Tafo new road (PHOTOS)

Akufo-Addo to pay DKM customers by end of September

AUDIO: Gov’t has adopted a threshold that will inform the decision to close down schools – Deputy Health Minister